What Filmmakers Can Learn About Marketing From Clay Shirky's Insights Re: Newspapers, Paywalls, and Core Users 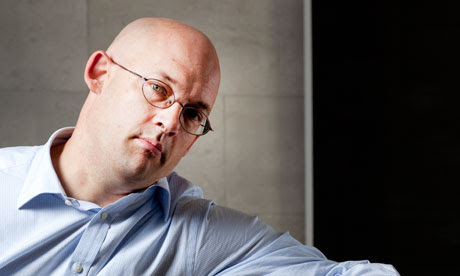 The reliably insightful Clay Shirky has written a Jan 4, 2012 piece for his blog entitled "Newspapers, Paywalls, and Core Users." In addition to being a great explanation of what is happening to newspapers as they move online, Clay Shirky's piece also sets out the fundamental ideas that New World filmmakers must understand to effectively market their films online. Here are excerpts from Mr. Shirky's piece, followed by a few words of my own for filmmakers:

"[I]n March [2011], the New York Times introduced a charge for readers who crossed a certain threshold of article views... a blow to the idea that online news can be treated as a simple product for sale, as the physical newspaper was."

"A printed paper was a bundle. A reader who wanted only sports and stock tables bought the same paper as a reader who wanted local and national politics, or recipes and horoscopes. Online, though, that bundle is torn apart, every day, by users who forward each other individual URLs, without regard to front pages or named sections or intended navigation. This unbundling leads to the odd math of web readership — if you rank readers by pages viewed in a month, the largest group by far, between a third and half of them, will visit only a single page. A smaller group will read two pages in a month, a still smaller group will read three, and so on, up to the most active reader, in a group by herself, who will read dozens of pages a day, hundreds in a month."

"There has never been a mass market for good journalism in this country. What there used to be was a mass market for print ads, coupled with a mass market for a physical bundle of entertainment, opinion, and information; these were tied to an institutional agreement to subsidize a modicum of real journalism. In that mass market, the opinions of the politically engaged readers didn’t matter much, outnumbered as they were by people checking their horoscopes. This suited advertisers fine; they have always preferred a centrist and distanced political outlook, the better not to alienate potential customers. When the politically engaged readers are also the only paying readers, however, their opinion will come to matter more, and in ways that will sometimes contradict the advertisers’ desires for anodyne coverage."

"[P]eople who hit the threshold and then hand over money are, almost by definition, people who regard the paper not just as an occasional source of interesting articles, but as an essential institution, one whose continued existence is vital no matter what today’s offerings are... [Such a paper must think of itself in a new way, it must] appeal to its readers’ non-financial and non-transactional motivations: loyalty, gratitude, dedication to the mission, a sense of identification with the paper, an urge to preserve it as an institution rather than a business."

Why am I quoting Mr. Shieky's post about newspapers at such length here - a blog for filmmakers?

In the paragraph above, where Mr. Shirky talks about building "loyalty, gratitude, dedication to the mission, a sense of identification," he is making the case for relationship marketing: The kind of online marketing that New World filmmakers need to understand and practice.

A filmmaker's core audience is like the NY Times customers willing to pay for more than a few free articles.

The NY Times has a core audience willing to pay for an unlimited number of articles (even if they only read a few each day). Similarly, a filmmaker needs to identify a core audience, where each individual is willing to hand over money not just for a DVD - but based on the relationship that individual will have with the film and the filmmaker.

In relationship marketing, the financial transaction - where a member of the core audience gives you money - is not only about the material thing that is handed over for the money. The key to relationship marketing - the online path that Mr. Shirky sees for newspapers like the NY Times - is to provide each member of the core audience an experience that responds to their emotional and aspirational needs. Yes, you need to supply a good product (a great newspaper or film) - but that isn't enough. In the New World of infinite media choice, your core audience needs to believe in - and want to share - the message that you (and they) are spreading.
Posted by Randy Finch on Friday, January 06, 2012