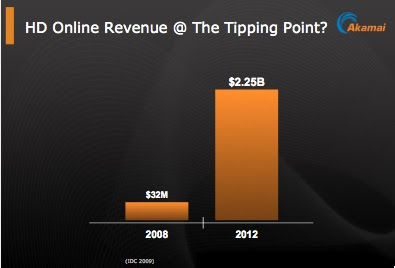 While theatrical box office gross numbers have been a key component of movie marketing since the 1970s, Steve Pond writes in The Wrap about the secrecy surrounding VOD and streaming numbers. Everyone agrees that VOD and streaming are the future of movie revenue, but, as things stand today, the audience (and even intrepid reporters and film business professors) don't have access to reliable numbers that show exactly know how much money is changing hands. Steve Pond talked to producers and distributors to understand why VOD and streaming numbers are held privately and not released publicly. If things continue as they are (with the distributors keeping VOD and streaming numbers secret) the success or failure of YouTube's new rental initiative or Direct TV's Premium VOD will be impossible for outsiders to measure. And filmmaker's, like Ted Hope (producer of Super which is widely expected to be a top VOD title), can't expect a bump or heat for being #1 on VOD.

UPDATE MAY 4, 2011: According to a May 4, 2011 report in The Hollywood Reporter, the National Association of Theatre Owners (NATO) today "called on the four Hollywood studios participating in the controversial premium VOD experiment to release sales figures for the three titles that have been offered so far by DirecTV--Sony's Just Go With It, Fox Searchlight's Cedar Rapids and Warner Bros.' Hall Pass." The theater owners' call for transparency (as noted above, DirecTV and the studios have been very secretive about their VOD sales figures) comes because theater owners are incensed that films still playing in their theaters might also be available on VOD. In addition to calling for the numbers from VOD (which might be low and an embarrassment to the studios, or very high - which might help make the theater owner's argument that the theater audience is being diverted away), some theater chains are reportedly seeking to retaliate by curbing trailer play or demanding a larger percentage of the box office gross.
Posted by Randy Finch on Wednesday, April 27, 2011