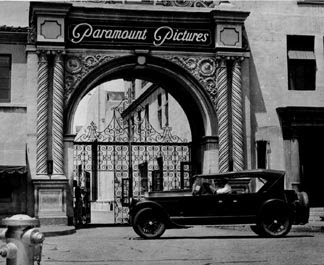 Starting around 1948 the major motion picture studios were forced to sell their theater chains. In a May 2010 opinion piece from Film.com, C. Robert Cargill argues that things have changed and the studios deserve the right to once again vertically integrate (i.e., own the means of motion picture production, distribution and theatrical exhibition): "In 1948 the only way to watch a movie was to … go to the movies. This [1948 Supreme Court] ruling predated the Internet and Video on Demand. It predated video and DVD. It predated cable television. It predated UHF television. It actually predated readily available television!"

Is Mr. Cargill right when he says that today's shorter exclusive windows in the theaters are preventing the studios from getting full value from the theatrical runs of their films? Or is this a false argument? Aren't the studios the ones pushing for shorter theatrical windows, to minimize their marketing expenses and to maximize their revenue from DVDs and VOD? Are the studios really "finding it harder and harder to release the films in the manner they please" or is Mr. Cargill shilling for the already too powerful media companies?

What do you think? In 2010, should the studios be free from any restrictions on owning their own theater chains? Or do the major studios - with their growing control over the Internet, DVD distribution and TV - still pose a threat to free and fair competition in the motion picture business?
Posted by Randy Finch on Friday, September 10, 2010