Does Hollywood Make or Lose Money? 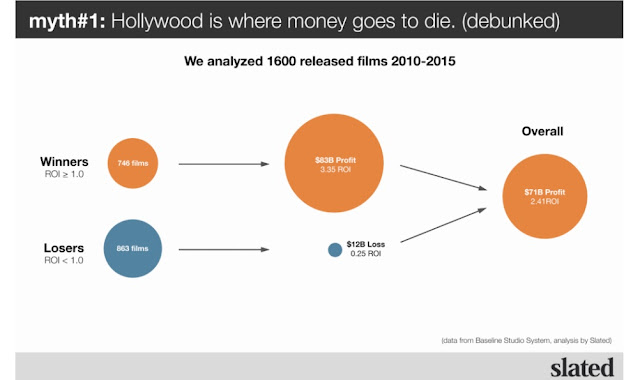 According to what seems to be a well-researched (analyis of 1600 films released from 2010-2016) April 7th, 2016 article in Slated, Hollywood films tend (on average) to make a profit for the studios and "star-showcase films, within a budget range of $20m-$80m, were profitable thirty per cent more often than the average Hollywood film."
Posted by Randy Finch on Friday, April 22, 2016