How Much Money Will Disney Make From Star Wars: The Force Awakens? 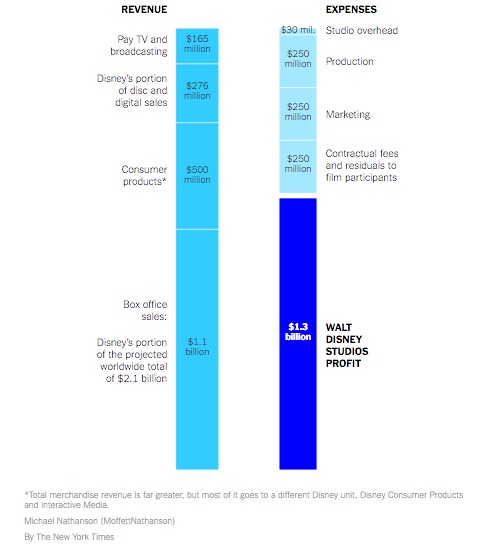 So just how much money can Disney expect to make - after expenses - on the latest Star Wars film?

That's the estimate made in the March 19th, 2016 NY Times by media analyst Michael Nathanson.

Hello. thank you for the interesting article. I read with great interest and attention. I also want to say that I really enjoy watching movies. Thanks to the SMPlayer application, I watch my favorite movies for free and in high quality images. By the way, SMPlayer can be found here Totally free. Recommend.