For Everyone Who Thought the Internet Couldn't Support a Viable Film Business... 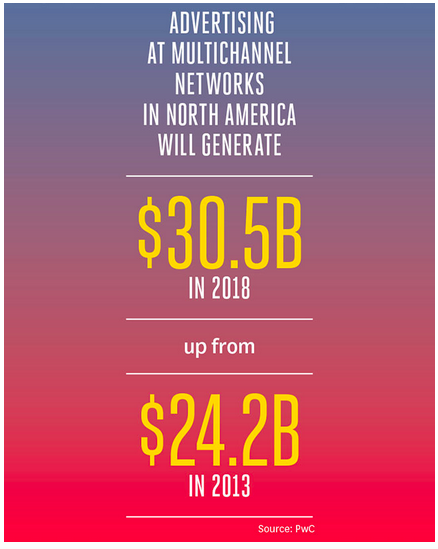 Michael Wolff wrote a fascinating January 15th, 2015 post for The Hollywood Reporter describing how the money in video is shifting from traditional TV to online outlets - and how Nielsen (the company that advertisers have relied on for decades to set advertising payments based on now-outmoded measures of reach) is "pretty much clueless" about the new world:

"The very unit of a Nielsen measurement — the gross rating point (GRP), the number of eyeballs that saw your show day-of-air and during the following three days — somehow seems from another lifestyle. It's a measurement of time past, rather than time present and future. One effect of this measurement — the basis for advertiser guarantees — is that cable and broadcast companies must give up revenue if Nielsen's figures are lower than their guarantees. When that happens, the advertising market appears in decline. But, in fact, television advertiser demand is climbing. While Viacom's Nielsen ratings declined 15 percent during the third quarter of 2014, its revenue during that period climbed 9 percent. Part of the growth stemmed from the fact that 30 percent of Viacom's domestic ad revenue, coming from over-the-top platforms and other non-GRP-measured sources, is outside of Nielsen ratings."
Posted by Randy Finch on Saturday, January 17, 2015