Ted Hope on The Future of Cinema 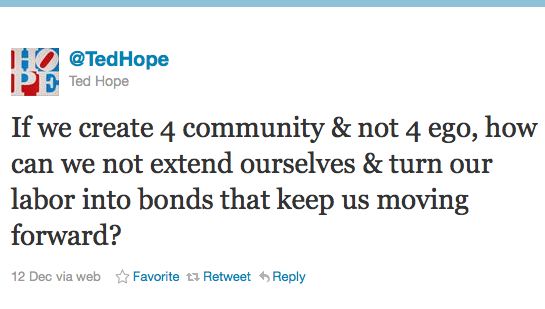 In a July 11th, 2012 blopost, legendary indie film producer Ted Hope suggests that filmmakers who want to be part of the New World of storytelling may need to reconsider their committment to certain old constructs (e.g., the feature length film): "Temporally manipulative, crowd-based consumptive, audio-visually focused content stopped long ago as being both the art form and entertainment outlet most indicative of our time. The new form is all of that and more. It won’t only reflect our era, but lead us into a better world. And it starts with saying good bye to the cultural & economic dominance of antiquated concept."
Posted by Randy Finch on Thursday, July 12, 2012