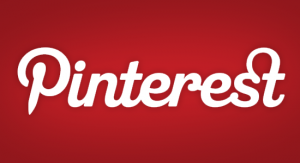 As of February 2012, only a few pioneers are experimenting with Pinterest to market their indie films.

A brief explanation and a video at the bottom of this post should help those who aren't familiar with Pinterest to get started.

And, for those indie filmmakers who are already familiar with how Pinterest functions - but don't know how they could use it to market a film, I suggest skipping ahead to the end of this post - where indie film marketing expert Sheri Candler discusses how she is using Pinterest as a tool for marketing a new film she is working on about the Joffrey Ballet.

Like Sheri, I see great potential in Pinterest, a free tool that allows users to connect (and interact with) an audience that shares your passion.

As the web continues to evolve, new tools are emerging that make finding the things we care about easier.

At its simplest, Pinterest is an online tool for bookmarking things.

But it's also more than that. Pinterest helps us discover new cool things that others have found, and it's a powerful tool for organizing the things (Pinterest uses images) we've collected - making it easy to share what we like with others online.

Why should I bookmark things online?

Pinterest works because it's a simple way for organizing and sharing images. (Pinterest also offers video "pinning" - but that functionality hasn't taken off yet - for now Pinterest is mostly about still image "pinning" online.)

It starts when the user finds an intriguing image while surfing the web.

Pinterest allows a user to "pin" any image that you (the user) have found online and want to share with others.

Once you decide to pin an image (Pinterest makes pinning very natural - see the discussion of the "pin it" button below), you can add a caption (text) and the pin can be organized on a "board" where the user groups images around subjects that the user chooses.

To make using Pinterest easy, most users add a "Pin It" button to their browsers - making pinning almost any image you find online as simple as a couple of clicks.

Once an image is pinned, the user is prompted to add a caption and to organize the pin by adding it to a "board." A board is simply a collection of pins that have a category title. Here's a link to the Pinterest Boards Sheri Candler has created for the Joffrey Movie she is marketing.

Adding contributors to one of your boards allows you to work with others - collecting visual information and ideas as part of an online group. You can also "repin" something you found on someone else's board.

After all, I'm a filmmaker. Do I really need to learn yet another social media platform? What does "pinning" images have to do with driving people to my website? Can Pinterest help get an audience to a screening in a theater?

Here are excerpts that suggest how Sheri Candler is using Pinterest:

So Pinterest is already a powerful tool for attracting people with a shared interest. If you have a great collection of images - they can become a way for people with similar interests to discover your film's site.

But isn't Pinterest mostly used by women posting stuff they've found online for other women? As Sheri Candler explains: "Mainly, the [Pinterest] site now attracts women in the age range 25-44 who love fashion, home decorating and family related products. As it gains more of a following, this is bound to change. Still, if that is a target demographic for your film…"

And it would be a mistake to bypass Pinterest just because the early 2012 Pinterest demographic (women in the age range 25-44) isn't the target audience for your film. It's still the beginning for Pinterest. Think back to the early days of Facebook (2004?), when many Old World media types dismissed Facebook as something that was used mostly by college kids to check each other out online - a lot of experts failed to see beyond the updates about getting drunk and relationship statuses. Similarly, the commercial potential for Pinterest is not yet clear... but curators of cool images are already using Pinterest to become online influencers. Microbudget filmmakers (and their marketing teams) have an opportunity to become pioneers - using the new tool to find and communicate with a niche audience for an indie film in ways that are visual and encourage interactivity...