What's Wrong With The Long Tail? 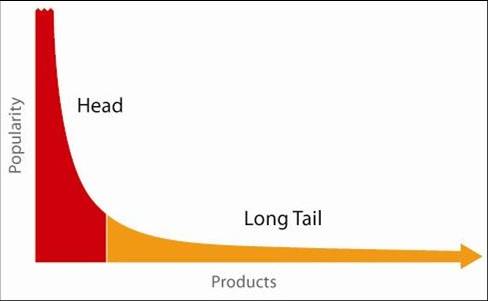 In a Nov. 10th, 2011 post Seth Godin explains that "[t]he long tail is for organizations that own warehouses." Creators of one-of-a-kind films cannot rely on aggregators to do the hard work of marketing a unique film.

To make his point, Seth Godin uses the parable of the child who throws back a single starfish, even though there are a million on the beach: "It makes a difference to that one!" According to Godin, your starfish needs special handling to survive in a sea of choices - and Netflix and YouTube don't really care about the individual small films in their care - for them it doesn't matter if each (precious to the maker) film succeeds.

"In a world of endless choice, it's mathematically obvious that something's going to get picked, but you, you the creator, the marketer, the one with something at stake--you're not at all concerned about something. You're concerned about you and your product."
Posted by Randy Finch on Tuesday, November 29, 2011