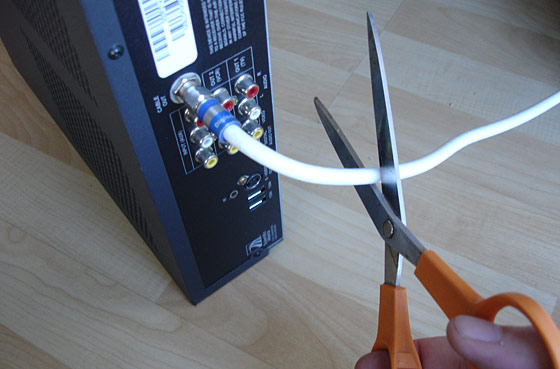 An Aug. 9th, 2011 article by Ryan Lawler that appeared on gigaom.com analyzes a trend that filmmakers distributing online should understand - the flight from pay TV.

According to Ryan Lawler, the top eight cable providers lost 193,000 customers from April to June in 2011. And these lost customers all aren't signing up with the telcos (like AT&T and Verizon, that are offering attractive introductory rates to customers who switch). Much of the loss seems to be coming from economically-strapped people who decide they can no longer afford to pay for cable TV: "[V]ideo subscribers who have left the pay TV ecosystem so far have most commonly been on the bottom end of the cable value chain — that is, generally low-income users that just paid for TV and didn’t subscribe to broadband, HD or other higher-value services. And for most operators, that’s ok because they weren’t very high-margin customers anyway."
Posted by Randy Finch on Wednesday, August 10, 2011