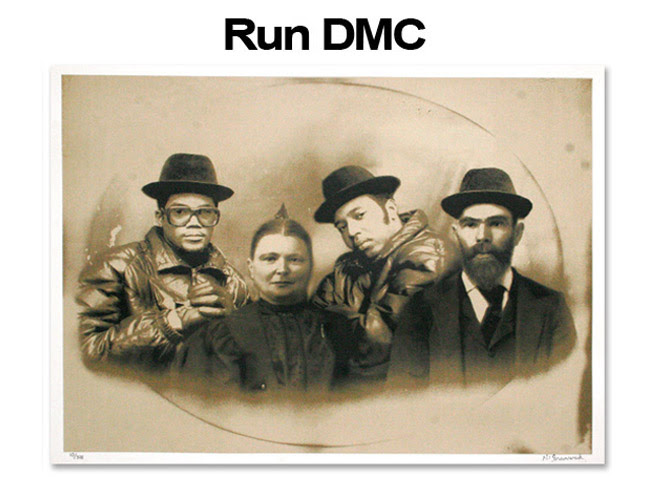 The standards for Fair Use (the exception that allows limited use of copyrighted material without acquiring permission from the rights holders) are evolving. For example, a June 15th, 2011 post by Bruce Boyden in the madisonian.net reviews the discussion of "transformative use" in a recent Central District of California case that involved one artist’s attempt to make a “fair use” of another artist’s photograph - an image of Run DMC.

In deciding how much can be taken without permission, courts are analyzing whether the new use is "transformative" (“merely facile use of the scissors or extracts of the essential parts constituting the chief value of the original work,” do not constitute a fair use - Worldwide Church of God v. Philadelphia Church of God, Inc., 227 F.3d 1110, 1117 (9th Cir. 2000) and courts will not find a fair use if the new work simply "supplant[s]" the original work in the marketplace - Campbell v. Acuff-Rose 26 Music, Inc., 510 U.S. 569, 579 (1994))

But does this "transformativeness" standard really give courts guidance for the tough cases?

It's pretty clear that a new work that has added something new to the old work and isn't replacing the market for the old work has the beginning of a fair use defense. But what exactly does "transformative" mean?

Could a defendant successfully argue that a mash-up (two copyright works combined into one new work) was a "transformative" use - because each work commented on the other? What if the plaintiff in that hypothetical mash-up case argues that all the defendant was doing was exploiting the creative virtues of the original works?

As Bruce Boydon observes: "At some level, every defendant’s purpose will be somewhat different than the plaintiff’s; if nothing else, a defendant will always wish to use the plaintiff’s work in a specific way that the plaintiff did not authorize. But that can’t be the optimal categorization of purpose either."

Perhaps the courts should ask DMC to come up with a clearer standard for "fair use." After all, his "lyrics is law" and he "keeps it hardcore like you never saw..."