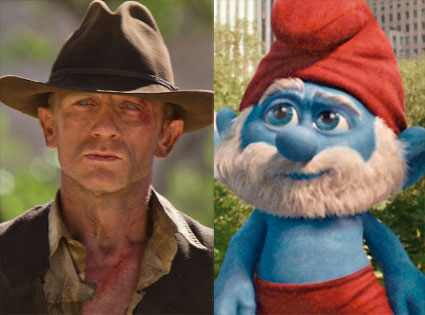 The opening weekend of Cowboys & Aliens was a box office disappointment. The big budget Western/sci-fi concoction starring Daniel Craig and Harrison Ford was expected to win the weekend - but in the shootout, C&A only tied The Smurfs.

C&A stumbled despite the draw of heavyweight filmmakers (Jon Favreau, Steven Spielberg, Ron Howard, and Brian Grazer) and a major effort by Universal and Dreamworks to get out the word through social media.

Pushing out your message isn't the same as positive word of mouth. And the marketing of a mashup of genres (westerns skew old, and sci-fi skews younger, so who goes?) - based on yet another comic book - may have been part of the ambiguous advance word-of-mouth problem.
Posted by Randy Finch on Monday, August 01, 2011