The Penrose Triangle is named after mathematician Roger Penrose who - as a student - saw an exhibition of M. C. Escher’s work in the 1950s and began working on "impossible figures" of his own. One of the objects that Roger Penrose drew was a triangle - a drawing that looks like a real, solid three-dimensional object, but isn't.

Fun fact: Together with his father, a physicist and mathematician, Roger Penrose went on to design an image of a staircase that simultaneously goes up and down - known as Penrose stairs. 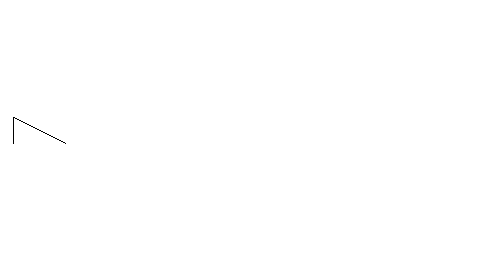 After the Penrose's staircase image was made public, M. C. Escher was apparently inspired to produce his own famous "Ascending and Descending" staircase lithograph (first printed March 1960).

The visual conundrum of the Penrose Triangle isn’t the only brain-teaser raised by the triangle optical illusion. Here's how copyright law (specifically the DMCA takedown provisions) became tangled up with Mr. Penrose's Triangle back in 2011.

In early 2011, Ullrich Schwanitz - a Netherlands-based designer - designed a 3 dimensional object based on the Penrose Triangle:

In mid-Feb. 2011, Mr. Schwanitz posted copies of the object he had figured out how to print in 3 dimensions for sale on shapeways.com (a site where people who create unique objects with 3D printers sell those objects). He was asking US $69.95 per physical object - which he would 3D print and then mail to buyers. Note: Mr. Schwanitz was NOT initially sharing his design file with users of the site (some shapeways.com sellers share design files - but many just want to sell the objects they print based on their designs).

Mr. Schwanitz simply offered copies of the object for sale - and (to drum up attention?) he released a video of the shape and (unwisely?) challenged others to see how it might have been done.

Well.. another avid 3D modeler, Artur Tchoukanov, figured it out.

Mr. Tchoukanov designed his own 3D shape that accomplished the same effect. And he uploaded his shape's specifications to Thingiverse.com, a "design community for discovering, making, and sharing 3D printable things," where designers typically offer their 3D designs for others to use without charge.

Mr. Schwanitz was not happy with Mr. Tchoukanov and Thingiverse.

And here’s where the story takes a turn that should be of special interest to anyone thinking about the implications of designing using new technologies...

Mr. Schwanitz sent Thingiverse a DMCA notice (i.e., Thingiverse could be a party in a copyright lawsuit against Mr. Tchoukanov - unless Thingiverse took the shape down immediately).

There was no claim that Mr. Tchoukanov had copied Mr. Schawnitz’s computer code. Instead, Mr. Tchoukanov's original code simply created objects that were very similar to the one’s Mr. Schwanitz was selling.

What are the legalities here?

(After there was much outcry online, Mr. Schwanitz dropped his complaint against Thingiverse and Mr. Tchoukanov's work. And Mr. Schwanitz's triangles are no longer for sale.)

To take a very extreme position, I guess you could argue that an optical illusion (like the one known as the Penrose Triangle) presents a real problem for copyright law (which is how Mr. Schwanitz initially chose to remedy his feelings of aggrievement).

In theory, copyright should not give an author control over his or her expression if that interest would prevent others from exploring their own expression of a simple universal idea.

But what about unique expressions? Like a unique object based on an optical illusion? Aren't they protectable by copyright?

Is it possible that Mr. Schwanitz’s design is indeed creative, and deserving of a copyright? And that Mr. Tchoukanov’s work does not violate that copyright?

This one never went to trial. So we don't know what a court would have done with the arguments on all sides.

Is it a stretch to say that the legal and ethical problems here remind me of the experience of looking at a Penrose Triangle? The merits change and my sympathies shift depending on how I look at it.