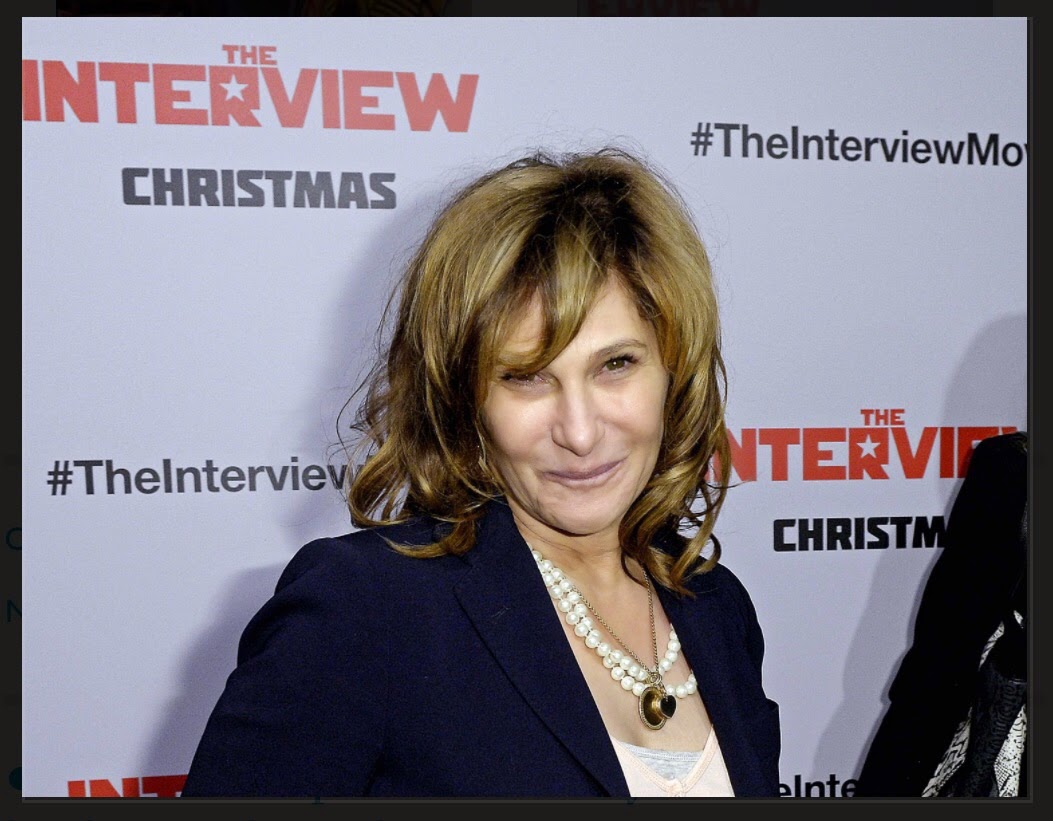 Today there is one less woman with the authority to approve the motion picture fantasies that will play in theaters and then on TV and the Internet all around the world.

Movie theaters matter less and less in the age of the Internet. But, for a certain kind of motion picture fantasy, theaters still really matter.

For just over 100 years, the power to create Hollywood movies has flowed through the offices of mostly white men (and their designees) willing to undertake the chancy and demanding work of satisfying the socially-acceptable dreams that can play to big audiences in darkened rooms in approximately 90 minutes. Sure, satisfying adolescent impulses can be craven (e.g., sexist, racist, reductive, etc.) work. But it pays well. And these days, the studios still have jets and many other powerful perks.

It's easy to understand what's exciting about approving Hollywood motion picture fantasies. And we all know that Amy Pascal didn't create gender-based inequality or casual racism. It was just a couple of emails and some bad PR when Sony got maliciously hacked... But will history be kind to her - or to the other studio heads of the last 50 years?

Even though they control so many of the outlets where their (and our?) stories are told, do Rupert Murdoch, Sumner Redstone and John Dolan really deserve all the credit they'll continue to give themselves for their efforts in bettering mankind (rhetorical question: will the Academy Awards find time to say nice things about the good done by MPAA movies this year?)

Despite what you might hear at that Awards show later this month, race and gender equality (like a wag once said about satire) still closes after one Saturday night. There are fifty shades of regressive gray in Hollywood that will always play to larger audiences. That's why "action-packed" and "sexy" reliably outperform movies that simply offer strong stories about real women and people of color.

I know that bad taste isn't something that Hollywood invented. But it is something that the current Titans of Hollywood have codified.  When "The Interview" could only find a theatrical home in "arthouse" theaters, the audience for cinema art had already moved on - leaving those aging brick and mortar artifacts of another era for the old folks and tourists.


Make no mistake: Cinema art and innovation is more alive and vibrant than ever - it just isn't happening at the studios or in any major commercial theaters in the US.

So goodbye Amy Pascal. You've earned your "major producing deal." You worked your way up from the bottom (starting at a time when it was OK to call the underpaid women who developed formulaic scripts for the studios "d girls"). You've played the game as well as any of them. By Hollywood's standards, you're one of the best. What tripped you up was the awesome (barely controllable?) power of the internet to elevate what in the Old World might have been a mere moment of embarrassment into an intense topic of global fascination.

Ironically, it seems that the voracious demand for simplistic "Good guys v. Bad guys" dramas (a narrative that Ms. Pascal endlessly served up) has consumed one of its own. Amy Pascal is gone from the top of Sony. But the epic story of the studios battling against a technologically-advanced and death-dealing hydra-headed New World of entertainment goes on. Amy Pascal was by many reports a good executive and even a kind and good person - but the story can go on without her - remember, the central characters in Hollywood are usually white men.
Posted by Randy Finch on Thursday, February 05, 2015