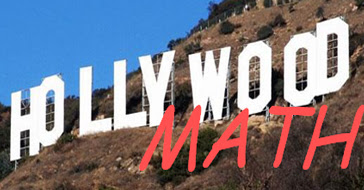 The Hollywood Reporter has a bad habit of getting the numbers muddled, even as it reports meaningful entertainment business trends from China.

In the latest whoopsie, the Oct. 10th, 2014 Hollywood Reporter Magazine contains an article (online now) that gathers together recent (if inaccurately reported) financial news, as well as (self-serving?) quotes from Chinese showbiz types, in an article that shines a much-deserved light on the growing importance of Chinese money in Hollywood.

The big idea of Clifford Coonan's article - that China is a growing power - is correct.

I only wish his editors had checked his copy a little more closely.

Yes, Jack Ma, founder of China's online retail leader Alibaba, does have his eye on the entertainment business.

And yes, Jack Ma is not alone among Chinese billionaires thinking in paradigm-shattering ways about how to monetize motion picture content.

And yes, in September 2014 Alibaba did complete a long-awaited record-breaking IPO.

And yes, Yu Dong, head of China's Bona Film Group did indeed tell an audience at the Shanghai Film Festival in June 2014: "In the future, all the movie companies will work for Baidu, Alibaba and Tencent."

So what's my problem with the THR reporting?

If the importance of China to the future of filmmaking is undeniable - and Clifford Coonan has gotten all the above right in his Oct. 10th, 2014 article - what did he get wrong?

The problem is that Clifford Coonan (and his editors) seriously muddled the difference between the value of the Alibaba IPO (money raised from offering 10% of the company on the NYSE) and the company's market valuation.

For example, when Mr. Coonan writes about the Alibaba stock listing of Sept. 19, 2014 "valuing the company at an estimated $25 billion" he is clearly confused.

His lack of understanding is evident when he goes on to write about "a market value [for Alibaba] of roughly $230 billion highlights the bulging war chests that will fund expansion."

If this was the first time that Mr. Coonan writing about Chinese show business news in The Hollywood Reporter had bungled financial reporting by hundred of billions of dollars, it might not be that important. But here's a link to an Aug. 2013 post that discusses a previous THR flub - containing wildly inaccurate reporting about China's Bona Film Group Limited - also betraying poor THR editing.

Subsequent editions of THR may make a correction. For now, here's a screen shot of the misleading Oct. 10th, 2014 article as it originally went out online... 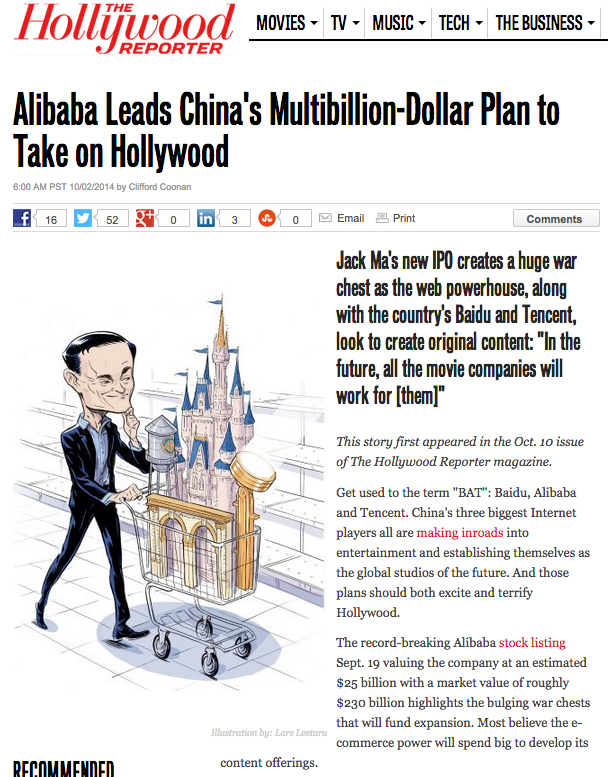 Hello, friend. Thank you for the wonderful publication. With great pleasure I read. Also I want to say that I use the site for travelers. In my opinion one of the best sites for travel. https://set-travel.com/en/blog/11043-15-best-visa-free-countries-where-there-is-always-summer