Such analyze. Many grammar. Amaze. 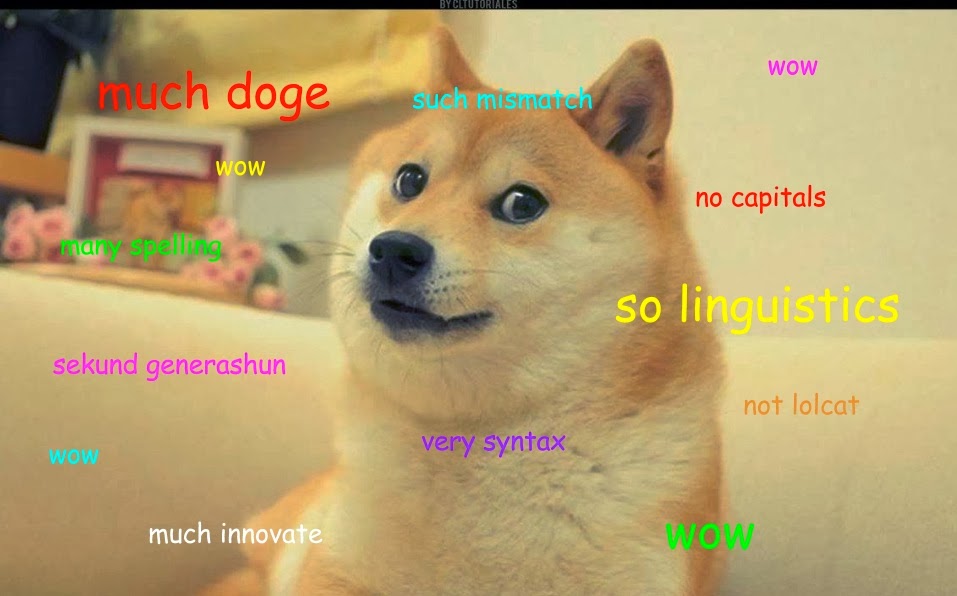 If you spend a lot of time online, you may have encountered a meme featuring a shiba inu dog surrounded by short multi-colored words and phrases.

This meme is known as doge.

There's apparently no consensus on how to pronounce the word doge.

But the rules for how to doge seem to have a powerful logic to them - such that newcomers can learn to create their own doge images after looking at just a few sites and even distinguish between bush-league doge and a finely crafted work of doge (even just naked doge text, which is rarer than the images, but also exists, see the crowd sourced Romeo and Juliet below):

What light. So breaks. Such east. Very sun. Wow, Juliet.
What Romeo. Such why. Very rose. Still rose.
Very balcony. Such climb.
Much love. So Propose. Wow, marriage.
Very Tybalt. Much stab. What do?
Such exile. Very Mantua. Much sad.
So, priest? Much sleeping. Wow, tomb.
Such poison. What dagger. Very dead. Wow, end.

Memes, and how they entertain and spread, are fascinating to me as a storyteller. And, as someone who thinks about how to market films via social media, I often linger over new-to-me memes looking for insights (exportable ideas and traits?) that might prove helpful to online storytellers.

Imagine my pleasure when I came across a wonderful post by Gretchen McCulloch, a linguist with an MA from McGill University, analyzing how doge works. 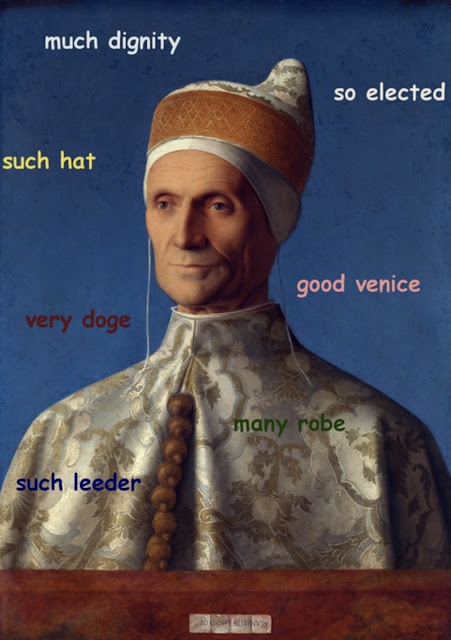 UPDATE Feb. 14th, 2014  Here's a link to dogeweather.com - where you can get a customized weather report.
Posted by Randy Finch on Tuesday, February 11, 2014