What Hollywood Has Learned From "Pirates": Streaming the "Most-Pirated" Movies While They Are Still In Theaters 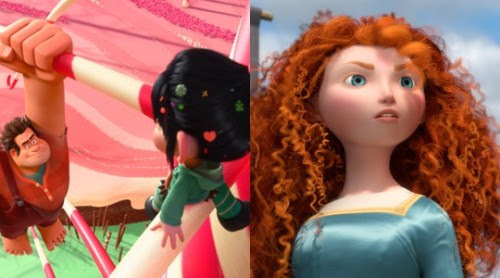 Disney and Sony have "quietly begun testing a bold new on-demand service in South Korea which offers movies to rent while they are still playing in theaters."

Wreck-it Ralph and Brave (along with Django Unchained) have been made available in the world's 8th biggest movie territory as part of a trial that allows consumers to watch movies at home while they are still playing in theaters.

Up until this South Korean experiment, the major studios have generally been offering theater owners at least a 90 day exclusive initial run of theatrical features.

As you might imagine, many theater owners around the world are opposed to making new movies that are playing in their theaters simultaneously available for streaming at home (a move that some worry might "cannibalize" their audience).  In fact, major theater chains in the US and the UK are on record, expressing their disstate for any release that threatens their exclusive window.

But the studios have learned that "piracy" is reduced when a variety of legal options for viewing a new movie are available at the same time. And marketing expenses can be reduced if the studios don't have to re-introduce a film when it drops on home video.

The news about Disney and Sony's South Korean experiment came to me (ironically?) via a June 24th, 2013 article in The Verge, that apparently took it's inspiration from June 23rd, 2013 reporting that resides behind the Wall Street Journal's paywall.  In other words, this news - about Hollywood's experiment in New World distribution - is coming to you from the WSJ via what some might consider "piracy."

Welcome to the New World - where digital information seeps around paywalls and exclusive distribution windows into homes and onto mobile digital devices.

The Verge and I have taken the heart of the WSJ's original work without (in my case anyway) compensating the WSJ - and you might considers us "pirates." But this example might also be taken as further evidence that creators need to come up with new strategies for monetizing their content (because keeping content behind a paywall or on one exclusive platform has become increasingly difficult as more and more customers find ways to receive content when and where - and often for the price they want to pay - and not in the forms dictated by Old World distribution paradigms). Of course, there are still the Old World ways of getting your news and entertainment: For example, you could subscribe to the WSJ and get a printed version delivered to you 6 days a week for $26.99 for the first 3 months.
Posted by Randy Finch on Monday, June 24, 2013