The Benefits of Boredom: Is Your Smartphone Killing Your Creativity? 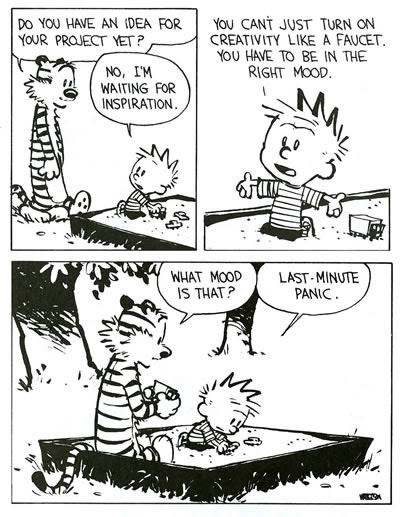 In a March 29th, 2013 post to readwrite mobile (that I first read on my smartphone), Brian S. Hall argues that boredom is a necessary precursor to creativity - and that therefore smartphones (because they eliminate boredom?) might be a threat to creativity.

Here's an excerpt: "At work, employees are often encouraged to 'think outside the box.' The assumption is that such thinking will lead to creativity, innovation, and newer, better solutions to existing or expected problems. Spending so much time with our heads focused inside the box - staring at our smartphone - may mean, however, that we are ultimately limiting our creativity. There is no time freed up to see the larger picture, to make connections where they previously never existed, to allow our brains rest, to see and hear and accept alternatives."

Although there might be some (small) truth to what Mr. Hall and the experts he cites say (e.g., time without stimulation or distraction can be a precursor to creativity) - I find fault with his (unjustifiable?) leap to the conclusion that access to 24/7 internet and games will somehow result in a net loss to the world's reserves of creativity.

On the contrary... I think the hundreds of millions of new mobile device users, many of whom will admittedly just kill time on their mobile devices, will inevitably include hundreds of thousands of new creative thinkers who will have access to all the world's prior great ideas on their always-connected small portable devices.

Sure there will be a lot of time wasted on iPhones, but creativity requires more than free boring time - it requires a foundation to build upon.

Isaac Newton spoke of "standing on the shoulders of giants."  What he meant is that access to prior insights and ideas was a necessary precondition for his creativity.

Mr. Hall is just wrong if he thinks the remix and clash of existing ideas that is what typifies the best of today's online culture (and obsesses the world's next generation of curious minds - a chorus of creativity that will soon be joined by hundred of millions of newly connected Chinese and Indians) isn't creative.