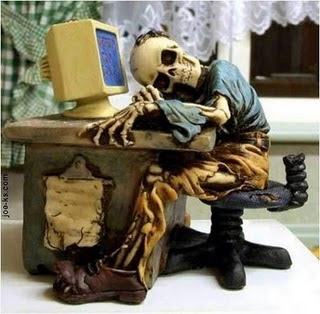 A November 11th 2012 post to The Verge confirms what we already knew: People online are (increasingly?) impatient and fickle.

"According to a paper published by professor Ramesh K. Sitarman [a computer science professor at UMass Amherst], viewers begin to abandon a video after a two second delay, with six percent disappearing per second thereafter."

In addition, higher internet speeds aren't helping: "Viewers with higher-speed internet connections continually had a weaker tolerance for delays compared to those with DSL or mobile data connections. There may very well be a point when we'll no longer notice, but for now, it seems that you can never have enough speed."
Posted by Randy Finch on Sunday, November 11, 2012