McLuhan, Socrates and Academic Adherents to the Old Ways of Filmmaking 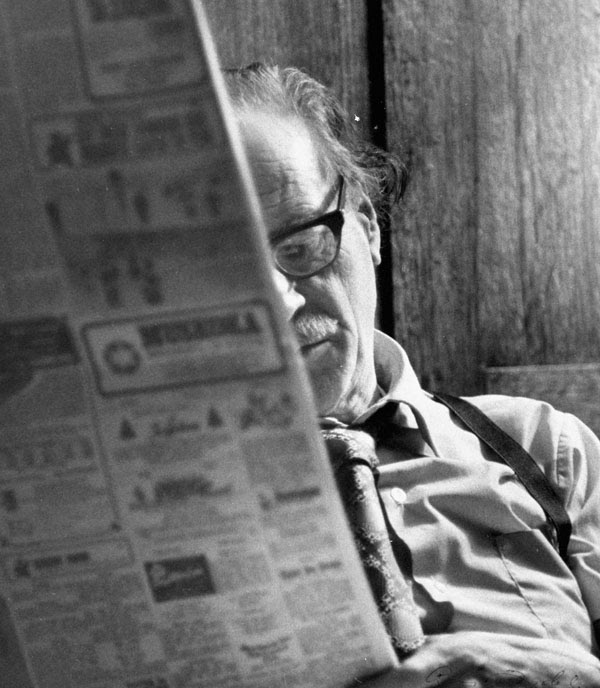 In 1964, long before Craigslist and online stock quotes, Marshall McLuhan (pictured above) predicted the end of newspapers: "The classified ads (and stock market quotations) are the bedrock of the press. Should an alternative form of easy access to such diverse daily information be found, the press will fold."

McLuhan didn't hate journalists or newspapers: He simply understood the existential threat they faced if a new technology could deliver the content that paid the bills in a better way.

McLuhan died before the worldwide explosion of internet connectivity that is currently convulsing all 20th century media. But his prediction about newspapers has been borne out in the last decade: 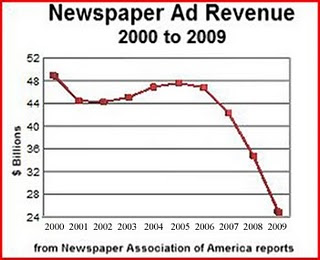 Could the same revenue collapse be around the corner for Old World motion pictures (theatrical features and TV)?

And will the growing tide of digital films, in particular those made and circulated outside of 20th century distribution models, replace the art of filmmaking as practiced in Hollywood and taught in film schools?

Is the democratization of filmmaking (thanks to the unprecedented worldwide adoption of video-capable wirelessly-connected mobile devices) about to make the old ways that filmmakers made aesthetic and business decisions archaic and (except as a historical curiosity) all-but irrelevant?

Even after the collapse of the centuries-old newspaper model, some filmmakers and film educators say not so fast.

But isn't acceleration (in the pace of filmmaking, the development of new ways to collect revenue from filmmaking, and in the new forms of social interaction that are arising around filmmaking, e.g. crowd funding) exactly the point?

As McLuhan wrote in 1964 (in Understanding Media): "The railway did not introduce movement or transportation or wheel or road into human society, but it accelerated and enlarged the scale of previous human functions, creating totally new kinds of cities and new kinds of work and leisure."

Even the strictest adherents to the old ways of filmmaking must admit that things are speeding up and changing. In McLuhan's words it is the “medium that shapes and controls the scale and form of human association and action.” In other words, the new tools that are democratizing filmmaking are doing what the invention of the steam locomotive did to the world's customs and culture almost 200 years ago: Speeding up and bringing new ways of working and different social interactions.

And, now that millions of web-enabled mobile devices are poised to overtake other platforms as the primary method for making, distributing and perhaps even viewing motion pictures, all film educators face a dilemma: How to teach what worked in the Old World - e.g., analog film aesthetics, business models and social interactions - while anticipating and teaching what will work in the New World.

Some educators are hopelessly overmatched, incapable of appreciating or understanding the New World. In their classes students are taught that a locomotive will behave like a horse and buggy.

While archivists and film scholars can continue to appreciate Old World film aesthetics - it's pointless to argue that the new ways will never replace the old (they already have). And the suggestion that this new form is a threat to our "cultural heritage" is probably based on a deeply-flawed understanding of the meaning of the dynamic term "culture."

But still I have colleagues who teach their students that screenplays must be written in the old way, that the Hollywood studios are adapting (e.g., by creating their own brands that will specialize in microbudget filmmaking), and that projected analog film is the only way to preserve and fully appreciate 20th century film culture.

McLuhan said: "[A]n environment becomes fully visible only when it has been superseded by a new environment; thus we are always one step behind in our view of the world. Because we are benumbed by any new technology — which in turn creates a totally new environment — we tend to make the old environment more visible; we do so by turning it into an art form and by attaching ourselves to the objects and atmosphere that characterized it... We reverse the old educational dictum of learning by proceeding from the familiar to the unfamiliar by going from the unfamiliar to the familiar, which is nothing more or less than the numbing mechanism that takes place whenever new media drastically extend our senses."

Impassioned arguments against media progress (e.g., lamenting what will be lost forever when the old is replaced by the new) have a long history: For example, some two thousand years ago Socrates believed that everything worth knowing should be memorized. For Socrates, the invention of the alphabet was a cause for alarm: "This discovery of yours [the alphabet] will create forgetfulness in the learners' souls, because they will not use their memories; they will trust to the external written characters and not remember of themselves."

As Plato recounts in Phaedrus (roughly 360BC), some of the admonishments of Socrates (made in reference to written knowledge as opposed to memorization) are strikingly similar to the arguments made by certain academics against the new online forms: "[Y]ou give your disciples not truth, but only the semblance of truth; they will be hearers of many things and will have learned nothing; they will appear to be omniscient and will generally know nothing; they will be tiresome company, having the show of wisdom without the reality."
Posted by Randy Finch on Sunday, June 17, 2012