Would you like to talk to your favorite show's characters in-between episodes?

Perhaps even become friendly with them?

Would you consider going further?

Please answer one more question. But, for this one, I'd like you to think a moment before answering. Because how you answer this question may forever change how you experience scripted TV shows:

Would you be willing to transition from being a fan to becoming a participant?

That (more or less) is the question being asked this week of fans of MTV's hit summertime series, Teen Wolf.

Now, instead of simply watching Teen Wolf each week during the summer - and perhaps visiting a webpage for 'bonus features" or tweeting about the show with your friends - MTV is offering fans a unique online experience, The Hunt.

Fans who sign up for The Hunt immediately begin interacting with characters from the show. Then, if they choose, The Hunt offers players the opportunity to become even more involved - helping characters from Teen Wolf to achieve their goals.

While other TV shows have had great success enlisting fans to help their favorites to achieve their goals (e.g., voting for players to survive on reality shows like American Idol) - the potential for fan engagement with fictional characters from scripted storyworlds is largely unexplored territory in the US (click here to read a prior post about Sofia's Diary - a European experiment where fans could effect the "B-plot" of a scripted TV show).

The Hunt, rolling out this week (the first week of June 2012), is an eight-week game / social experience on Facebook featuring original content as well as storylines tied to the scripted fictional TV show Teen Wolf. The Hunt begins with characters from the TV show asking their Facebook friends for help searching for Lydia, a girl being treated for werewolf bites who disappeared from the hospital on the first episode of season two of Teen Wolf. The online experience of the hunt for Lydia will be individualized, in the sense that the path that each user takes through the mystery depends on the choices made by that user. (It's unclear to me whether this will happen, but there is even the possibility that what the users do online may change the outcome of the search for Lydia and even future TV episodes.)

Teen Wolf's creator, Jeff Davis, is fully behind The Hunt and its interactivity. 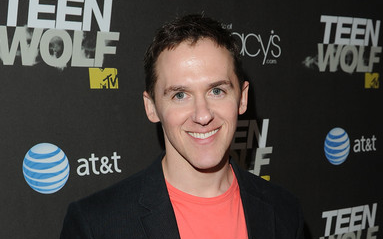 In fact, Jeff Davis has helped to build The Hunt including scripting the search for Lydia, as well as the parameters for the unscripted portions to the experience.

Why is this eight-week Facebook experiment (built around the problems of lacrosse-playing werewolf named Scott) intriguing to me as a filmmaker and teacher?

In 2003 artist and filmmaker Peter Greenaway prophesized: “If the cinema intends to survive, it has to make a pact and a relationship with concepts of interactivity and it has to see itself as only part of a multimedia cultural adventure.”

And that's what The Hunt is all about.

The Hunt is an experiment in finding a new balance between interactivity and cinema. No one can say with certainty what will happen when fans are given the opportunity to behave like a character in the world of a TV show (and therefore a new and unique participant in the action).

The Hunt may ultimately fall short as an experiment in participation - e.g., if significant numbers of fans sample the site but then don't return, or if fans fail to become engaged because they sense they can't influence outcomes. But I admire the pioneering spirit that drove the producers of this (already successful) TV show to take a risk on a new form of multimedia cultural adventure.

Some scholars (notably Jason Mittell and David Bordwell) have observed that a show like Teen Wolf (installment-based serial TV) is probably better suited (than feature length films) to the multiple points of entry and many tendrils of plot that will be part of any truly participatory online experience. And not all stories are suited to "building a vast, sturdy world teeming with distinctive characters, unpredictable plotting, and human resonance." But Teen Wolf seems to have much potential as the basis for a truly participatory fan experience.

As Henry Jenkins and other scholars who've written about fandom and participatory culture have observed, true fans are already using social media as a platform for engagement with their favorite stories.

It remains to be seen whether The Hunt will really offer fans the opportunity to deepen the "ongoing process of information gathering, hypothesis testing, and interpetation/evaluation" that we experience when profoundly engaged with a TV show. But many of us will be watching The Hunt closely to see if the opportunity to participate in solving problems with the characters in the story proves successful. If The Hunt is a success (and recent activity on the Facebook page for Teen Wolf suggests that The Hunt is part of a surge of interest in the show), filmmakers and other storytellers may then go on to try other similar experiments. But if The Hunt fails...it may discourage (for a time) other executives from greenlighting experiments involving cinema and interactivity.

I'm hoping that The Hunt works, and that it becomes yet another success on Kristin Frank's resume.

Kristin Frank is the NY-based General Manager of Digital Media at MTV and VH1 - and the woman who greenlighted The Hunt.

Just maintaining a web presence for MTV is a big enough job: MTV’s collection of sites average more than 60 million unique visitors each month. But Kristin Frank is also a pioneer in exploring the ways that Old World storytelling businesses (e.g., episodic TV) might be enhanced by expanding onto the new digital platforms.

According to an April 10th, 2012 interview in Forbes, Ms. Frank's "commitment to cross-platform content creation has sent the number of MTV’s Facebook “Likes” soaring beyond the 100 million mark."

The key to Ms. Frank's success may be that her focus has been on what the fans want and what each platform can provide. For example, to explain her support of online projects like The Hunt, Ms. Frank has said “Fans don’t stop being fans just because seasons end, and episodes end.”

Kristin Frank has committed the resources of MTV to The Hunt - risking substantial corporate money on an untested online experiment - and for that she deserves praise.

Thanks to Jeff Gomez for suggesting reading - via a provocative tweet - the June 4th, 2012 piece in AdWeek on The Hunt that inspired this post.
Posted by Randy Finch on Tuesday, June 05, 2012