Social Media and Movie Marketing: How ‘The Avengers’ Used Mentions on Facebook and Twitter and a Debut Overseas To Crush It At The US Box Office 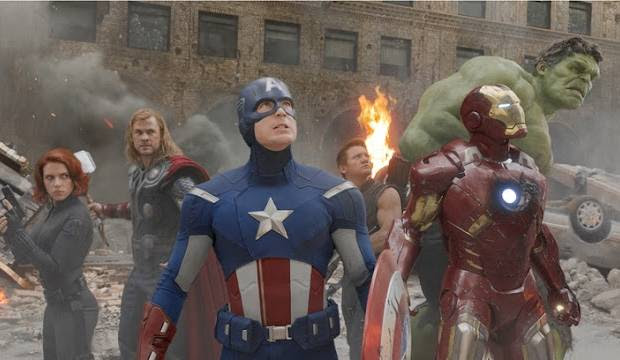 How did The Avengers become a worldwide phenomenon - grossing record box office numbers all around the world?

In a fascinating May 15th, 2012 article for Business Insider, Jeff Gomez, the founder of Hollywood's favorite transmedia storytelling company, Starlight Runner, provides some important insights into the massive opening of The Avengers.

To begin with, writing with Starlight Runner's Chief Innovation Officer, Fabian Nicieza, Jeff Gomez explains that the unusual marketing plan for The Avengers was built around a unique understanding of how social media connects movies fans from around the world...

The Avenger's theatrical release was unusual because movies traditionally have opened first in the US and then migrated to other territories after that.

The Avengers turned that conventional plan on its head, opening first overseas, with heavily-covered red-carpet premieres in Rome, Beijing, London and Moscow, followed by a week of screenings in overseas territories before it would be available in the US.

Here's a May 4th, 2012 (the day that The Avengers opened in the US) LA Times quote from Peter Adee, a marketing and distribution exec: "The fact that [The Avenger's] has done so well overseas has everyone already speculating over just how successful it's going to be... The question 'Is it going to be successful?' is gone from the conversation before it even debuts in the U.S."

Going forward, marketers interested in the power of social media and in new approaches to motion picture releasing, should study the way that Marvel, working with their parent company Disney on The Avenger's release, decided to open the movie in most major international markets one week before releasing it in the United States.

The hope was that good online word-of-mouth - via fan reactions on social media from overseas screenings - would generate even more buzz for The Avengers in the US. This time (unlike some previous efforts), Disney's worldwide plan worked.

Just how well Disney's release plan for The Avengers worked can be seen in a May 10th, 2012 article by Sheldon Levine that contains some very informative charts and data. Of particular interest, is the curve that shows the popularity of The Avengers as an online topic: There is a big surge in Twitter mentions that coincides with the film's overseas release (one week before it was available in the US). Mr. Levine also includes a global map - showing that Asia and South America were hot-spots for social media mentions of The Avengers, generating online heat about the film that was felt all around the world, building anticipation for the US release.

What's of particular interest to me is the way that an overseas release became the engine for social media activity that contributed to the fastest opening of any film in the US box office ever.

Notice, it wasn't just Marvel and Disney that had to sign on to this unusual worldwide marketing plan: Universal Pictures holds the film rights to the Hulk character and Paramount controls Iron Man, Captain America and Thor. The behind-the-scenes negotiations to create one grand unifying adventure film - and to agree on the marketing of that film and all the properties associated with it - must have been byzantine.

To read more about how the audience was introduced to The Avengers - and how Disney employed an unusual (but social media savvy) release pattern to put The Avengers over the top, follow this link to the Jeff Gomez / Fabian Nicieza Business Insider article.
Posted by Randy Finch on Tuesday, May 15, 2012