Ira Deutchman on Why the Conversion to Digital, as Envisioned by Fox Searchlight, is a Disaster for Indie Film 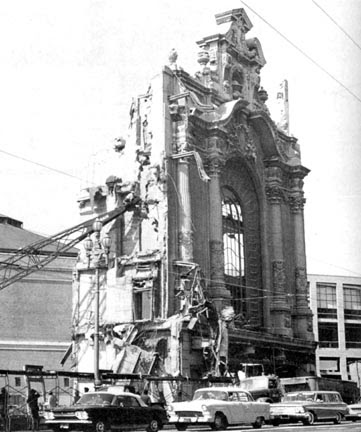 Originally published in the Tribeca Film Institute's Future of Film blog on February 29, 2012, Ira Deutchman has written what amounts to a call to arms for indie filmmakers.

What inspired Ira to emulate Paul Revere? Why is Ira riding out into the countryside, warning indie filmmakers that the DCI's are coming? The inspiration for Ira's article was the announcement from Fox Searchlight (the indie film arm of media giant Fox) that Searchlight films would no longer be available on film.

Ira is one of the most accomplished indie film marketing executives (full disclosure, his company financed and distributed my first feature back in the 80s) and the chair of Columbia University's film program.

As Ira notes in his blogpost, the move to digital is not news. The Searchlight letter is part of a much larger trend. Everyone in the film distribution and exhibition business has known the shift away from film was underway. But, as Ira writes, "the real implications of this technological change are just beginning to dawn on [indie filmmakers]. And the issues [raised by Fox Searchlight's leter] are both simpler and more challenging than they seem on the surface. The key is that the change is more political than technological.” In other words, how Fox Searchlight is implementing the change suggests theatrical distribution of indie film - at least as we've known it for the past 50 years - may be under attack.

As Ira explains it, the cost of converting to digital projection - in the way that Fox Searchlight proscribes - will almost certainly drive some of the few remaining arthouses out of business: "Fully outfitting a single screen with the necessary equipment can cost a minimum of $70,000, and potentially much more for larger auditoriums."

According to Ira, this isn't just an unintended consequence of modernization, but a calculated effort to gain effective control of the entire theatrical market for indie film in the US - consolidating all elements of commercial indie film theatrical distribution under the control of the big studios.

Ira is not an ideologue. What he says is based on the consequences of the plan Fox and the other studios are implementing that requires all theatrical exhibitors to use only approved equipment. And there is precedent for this kind of control. As I've previously explained in posts about Thomas Edison's movie business trust and as Digital Cinema Report recaps in a March 2012 blogpost, big manufacturers and large motion picture companies have banded together before to achieve effective domination of the motion picture business. The anti-trust cases that resulted have a long history.
Posted by Randy Finch on Friday, March 16, 2012