Social Networking is a Worldwide Phenomenon 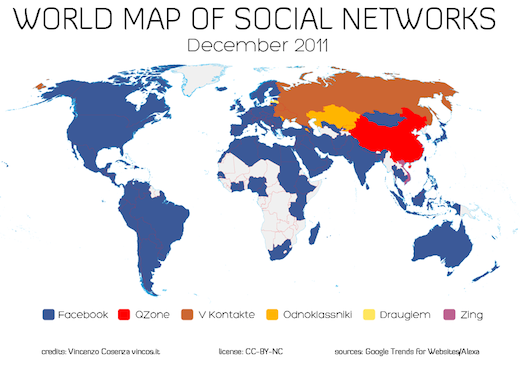 As of December 2011 eMarketer estimates that 1.2 billion people are using social networking sites at least once a month and (surprisingly?) "[t]he region with the highest number of social network users is Asia-Pacific, where 615.9 million internet users will log on to social sites by the end of [2012]."

Even though the US and Europe get most of the press attention, the biggest impact from social networking is currently being felt in the Asia-Pacific region, where the numbers of people going online is exploding (e.g., as recently as 2010 India had less than 65 million internet users, that number is expected to almost quadruple by 2015).

Already, China has roughly twice the number of people using social media as the US - and this despite the fact that YouTube, Facebook and Twitter have been blocked by China's Great Firewall.