Does Online Piracy Hurt The Economy? 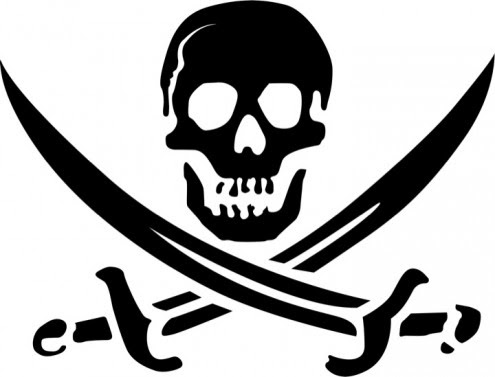 A January 21st, 2012 post to the Forbes website by E. D. Kain concludes that "the economic impact of piracy and the impact on employment is being wildly inflated by the entertainment industry and that steps to reduce piracy would actually likely have very little effect."

The Forbes article cites a January 12th, 2010 study, File-Sharing and Copyright by Felix Oberholzer-Gee of the Harvard Business School and Koleman Strumpf of the University of Kansas, that finds that the “data on the supply of new works are consistent with the argument that file sharing did not discourage authors and publishers” from producing more works for the US market.

The inspiration for Mr. Kain's piece in Forbes seems to have been a January 18th, 2012 article in Ars Technica by Julian Sanchez, a fellow at the Cato Institute, that concludes "the credible evidence for the magnitude of the harm [caused by "piracy"] is fairly thin."

In other words, even if SOPA and PIPA weren't badly drafted laws with terrible unintended consequences, the "piracy" harm they claim to address has been wildly overstated.

Even as lies and distortions and what some see as veiled threats (Chris Dodd, the chief lobbyist for the movie studios, has delivered a very blunt message to the politicians who took MPAA money only to walk away from SOPA) continue to flow from the darkest corners of old media, Forbes.com ("the world's most widely visited business web site") has conceded that: "The data simply doesn’t suggest that piracy is causing any serious economic harm to the US economy or the entertainment industry. Heavy-handed approaches to preventing piracy are wrong-headed and reveal a dangerous level of short-term thinking on the part of both lawmakers and industry leaders. Worse, the impetus to crack down on piracy is based largely on industry data that wildly inflates the problem."
Posted by Randy Finch on Sunday, January 22, 2012