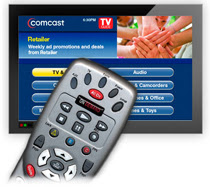 In a Nov. 30th, 2011 blogpost for indieWire Orly Ravid (founder and co-executive director of The Film Collaborative) adds Worldwide and European data to the growing sense that VOD will soon be returning real revenue to indie filmmakers.

To start, Orly cites a July 2011 study that projects worldwide revenue from VOD movies and TV programs will reach $5.7 billion in 2016, up 58% from revenue of $3.6 billion in 2010. In the US alone, the money brought in by VOD content is expected to be $1.8 billion by 2016 with the next highest country, Italy, coming in at $592 million. Importantly, this Direct TV Research Ltd. study does NOT include pay-per-view sports events, adult entertainment or subscription-based VOD services such as Netflix, Amazon Prime and Google.

Next, Orly turns her attention to the growth of VOD platforms for indie films around the world. For example, Orly notes that iTunes has recently expanded its footprint in Europe, which should allow indie filmmakers to tap new markets where, in the past, American independents have had little chance of playing. As of November 2011 - iTunes is now available in English in the following EU countries: Austria, Bulgaria, Cyprus, Czech Republic, Denmark, Estonia, Finland, Greece, Hungary, Latvia, Lithuania, Malta, Netherlands, Norway, Poland, Republic of Ireland, Romania, Slovakia, Slovenia, Spain, Sweden, and the United Kingdom - with non-English stores up and running in key territories including Spain, France, Germany, Italy, Luxembourg, Belgium, Switzerland, and Portugal.

Next, Orly quotes EU digital distribution guru Wendy Bernfeld (from the film consultancy Rights Stuff) on how indie filmmakers are learning to use VOD as part of a multi-platform release: “It is really important to WINDOW (i.e. Transactional, Subscription, Advod, Sell Through) carefully and balance traditional with new media. But also, windows can be in reverse for certain films, especially indies, i.e. producers can build (and engage with) the audience before the film is even out and perhaps premiere ONLINE first, (or day and date with another cross-promoted window), and then one can still end up in theaters. The key is to know the audience and try to tailor the marketing and distribution patterns accordingly… producers can be more active these days to heighten the chances of film success."

Finally, Orly points out that even with VOD: "Films do not market themselves. There is a proliferation of films (thousands per year), and hence an emerging glut and your film will die on the digital vine if you do not connect-the-dots and create your community around your film."

Orly Ravid's post - taken in conjunction with other recent news about the growing strength of VOD revenue - should be cause for some (cautious?) celebration among low-budget filmmakers.
Posted by Randy Finch on Sunday, December 04, 2011