Games Are Not Movies: Henry Jenkins and the Narrative of Space 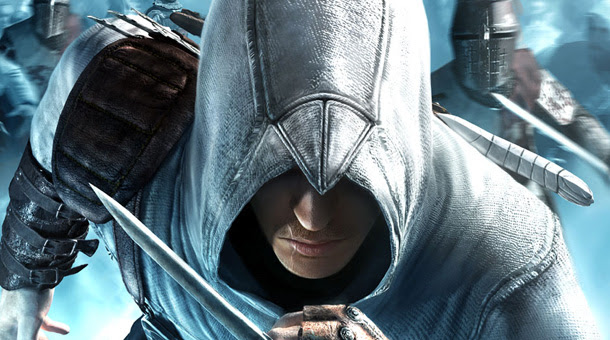 Hollywood adaptations of video games have not - for the most part - been successful. With the exception of the Tomb Raider franchise, movies based on popular games have underperformed. Still, as noted in a Nov. 3rd, 2011 NY Magazine article, Sony will apparently be adapting Assassin's Creed, Ubisoft's massively successful video game franchise, into a feature film.

The differences and similarities between games and other narrative forms (like feature length films) have been the subject of numerous academic articles, none better than a piece entitled Game Design as Narrative Architecture by Professor Henry Jenkins.

In that article, Prof. Jenkins starts with an acknowledgment of the difference between "the tight control over viewer experience which Hitchcock achieves in his suspense films" with the interactivity and engagement of gaming. Prof. Jenkins writes that any effort to impose Hitchcockian control over a game experience "would be directly antithetical to the aesthetics of good game design."

Prof. Jenkins also criticizes the story-theorists who have focused most heavily on the process of story creation and the storyteller's intention - rather than on how the story is received: "[T]he discussion operates with too limited an understanding of narration, focusing more on the activities and aspirations of the storyteller and too little on the process of narrative comprehension."

To bridge the gap between gaming and the other popular traditions of storytelling, Prof. Jenkins argues "for an understanding of game designers less as storytellers and more as narrative architects."

"Game designers don't simply tell stories; they design worlds and sculpt spaces. It is no accident, for example, that game design documents have historically been more interested in issues of level design than plotting or character motivation... I have made the case that game consoles should be regarded as machines for generating compelling spaces, that their virtual playspaces have helped to compensate for the declining place of the traditional backyard in contemporary boy culture, and that the core narratives behind many games center around the struggle to explore, map, and master contested spaces" (emphasis added).

"When game designers draw story elements from existing film or literary genres, they are most apt to tap those genres - fantasy, adventure, science fiction, horror, war - which are most invested in world-making and spatial storytelling. Games, in turn, may more fully realize the spatiality of these stories, giving a much more immersive and compelling representation of their narrative worlds."

"Spatial stories are not badly constructed stories; rather, they are stories which respond to alternative aesthetic principles, privileging spatial exploration over plot development. Spatial stories are held together by broadly defined goals and conflicts and pushed forward by the character's movement across the map. Their resolution often hinges on the player's reaching their final destination."

"The author of a film or a book has a high degree of control over when and if we receive specific bits of information, but a game designer can somewhat control the narrational process by distributing the information across the game space. Within an open-ended and exploratory narrative structure like a game, essential narrative information must be redundantly presented across a range of spaces and artifacts, since one can not assume the player will necessarily locate or recognize the significance of any given element. Game designers have developed a variety of kludges which allow them to prompt players or steer them towards narratively salient spaces. Yet, this is no different from the ways that redundancy is built into a television soap opera, where the assumption is that a certain number of viewers are apt to miss any given episode, or even in classical Hollywood narrative, where the law of three suggests that any essential plot point needs to be communicated in at least three ways."
Posted by Randy Finch on Friday, November 04, 2011