Do You Have Something to Say About "The Future of Film?" 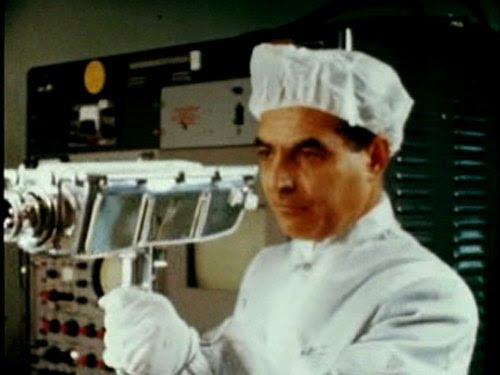 A New World of filmmaking (that may or may not involve hairnets) and film distribution is being built right now. The Old World of Hollywood is not going away. But an alternative New World - where films are made and consumed in ways that were unimagined just a few years ago - is emerging.

Many of the leaders in the New World of filmmaking are just like you - still in school or working in an out-of-the-way place on a film project that no one has ever heard of. But the power of the Internet and social media - to spread the next great idea in an instant - means that the importance of Old World gatekeepers and traditional power centers is diminishing.

Does this mean that experts and panel discussions at big film festivals are doomed? Probably not. But the emphasis on "top-down" information sharing needs to change.

On July 1, 2011 the Karlovy Vary International Film Festival kicks off in the Czech Republic. In operation since the Communist era (the first year after WWII, 1946, was year one), Karlovy Vary has traditionally showcased the latest artistic trends in cinema from outside the normal channels. This year 2 Americans with reputations for an iconoclastic approach to the film business, Brian Newman and Ted Hope have organized a new way of discussing the future of film: They've opened up their panel at Karlovy Vary, via the Internet, to people who want a chance to talk or ask questions.

Want to add your voice? Brian and Ted are offering slots in their panel to anyone who wants three minutes to put forth ideas, questions and/or statements about "The Future of Film." You can email Brian and Ted: industry@kviff.com