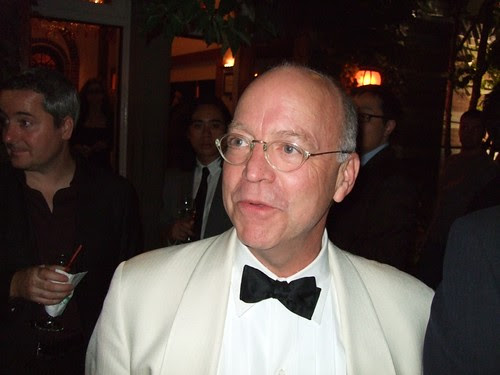 According to this Jan, 16th, 2011 NY Times report, cable TV giant Comcast has made an investment ($10 million) in SnagFilms (a small company that currently distributes hundreds of documentaries online, paying $0 in upfront fees to filmmakers but sharing revenue from embedded 15-second ads) with the intention of giving newly-hired Snag Films exec Bingham Ray (pictured above) money to build a library of digital distribution rights to narrative features.

It's unclear from this NY Times article whether narrative filmmakers can expect to see any upfront money when they sign with Snag Films (if the Snag Films revenue model remains the same, they won't). Some filmmakers may choose to self-distribute rather than give up digital rights to a Comcast affiliate: Promises from Comcast of ad revenue, when and if that ever kicks in, may not be enough to convince a true believer. But Bingham Ray has been a key player in the indie film world for decades (Bingham has been a distribution exec since I started paying attention in the 1980s, heading UA from 2001-2004 and co-founding October Films with Jeff Lipsky in 1990). And the optimist in me wants to believe the investment from an enormous media company (while $10 million is relatively small in Comcast terms, that sum represents one of the biggest bets made on the indie film world in years) suggests that there may be signs of real revenue out there for non-studio narrative films online.
Posted by Randy Finch on Monday, January 17, 2011