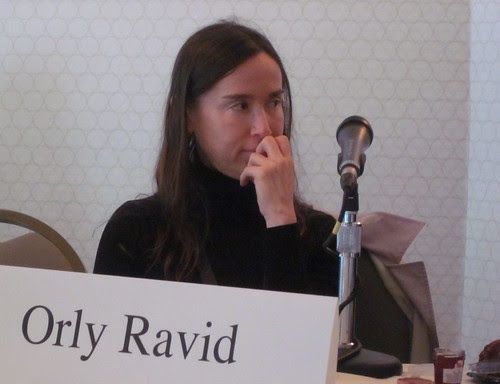 The founder of The Film Collaborative, Orly Ravid, is writing a series of three posts for Ted Hope's reelgrok blog. The second in her series of guestposts, dated January 27th, 2011, is a really useful summation of Sundance Film Festival 2011. Even though she was writing several days before the official end of the festival, Orly Ravid was able to start by conveniently listing all of the distribution deals (so far) out of Sundance 2011. Then - and this is what makes Orly's Jan. 27th post of particular interest - she offers observations on Kevin Smith's headline-grabbing self-distribution of Red State and a really insightful analysis of the "Filmmaker Direct" VOD opportunity being offered by Distribber.com.

As noted elsewhere on this blog, "Filmmaker Direct" offers filmmakers the opportunity to pay a flat fee - apparently close to $10,000 - for access to a full menu of VOD platforms. After paying Distribbers fee (on top of all the marketing money you may want to spend on your own, to let people know your film is available), "100% of profits go directly to the filmmaker, instead of to a parade of 'Hollywood Middlemen.'"
Posted by Randy Finch on Friday, January 28, 2011