Your team's assignment for next week is to write a "teaser pitch" (three sentences or less) for your films.

A "teaser pitch" means you have only three sentences to convey the setting, characters, plot problem, genre, and perhaps some additional information about the style or scope of your film. Here's one recipe for an effective teaser pitch:
An example of a teaser pitch, for the film Kissing Jessica Stein (2001):

"Jessica Stein has met and refused virtually every man in New York City. At the end of her rope, she decides maybe it's time she looked for a woman."

Each team will have an appointment to present their pitch (one pitch per team) in class (in Chinese or English) on March 18th, 2016. Your group will assigned a time to present your team's pitch to Prof. Phil Peters after 2pm - please check with the film office for exact times for each group.

Also, please review the following slides (excerpted from our class last semester on budgeting and scheduling). Your team will be using the "breakdown" method (very similar to what we talked about with Prof. Peters at the beginning of class - when we looked at the blue binders on March 11th) - where each scene in a script is examined and mined for data which can be transferred to lists. In future classes, we will be discussing how to schedule and budget your films using the "breakdown" method as our first step after the script is approved: 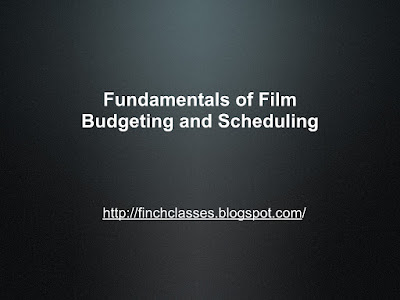 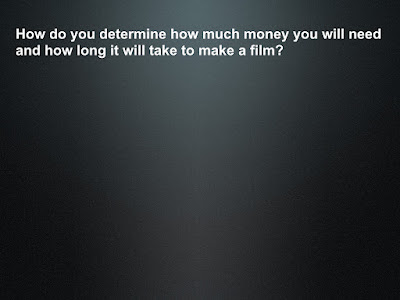 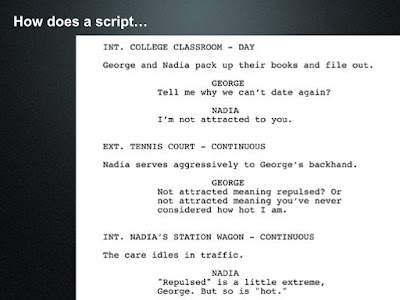 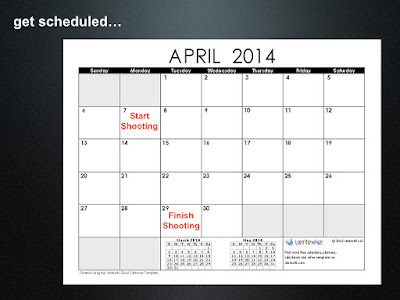 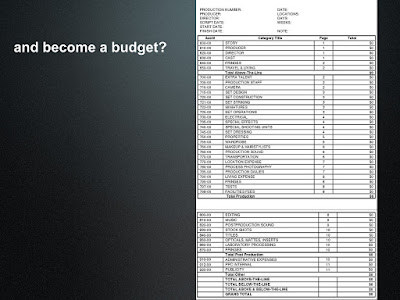 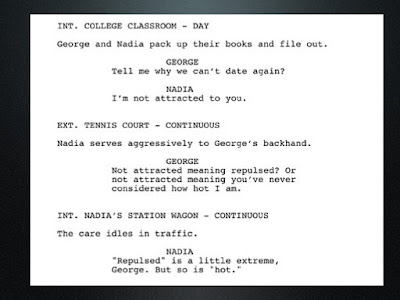 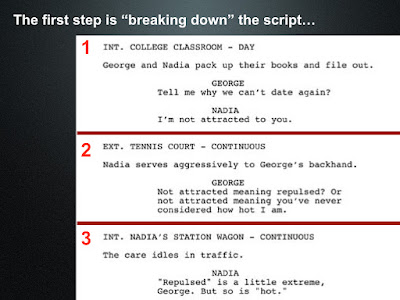 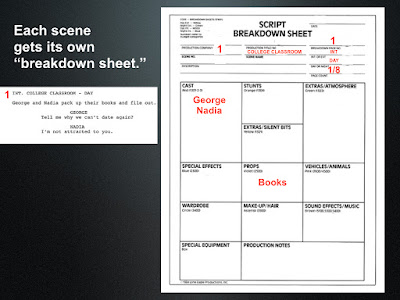 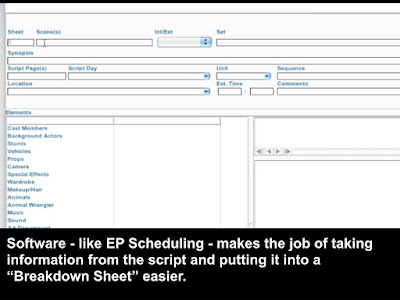 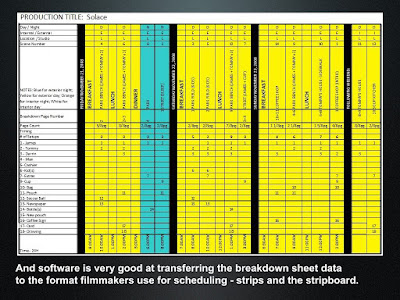 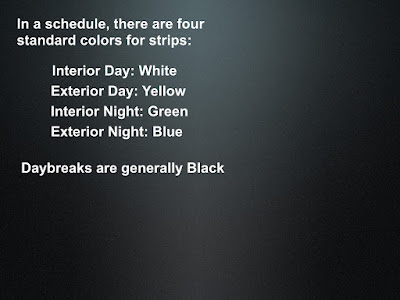 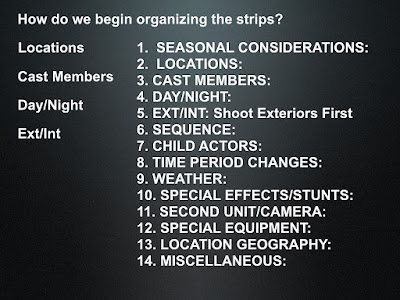 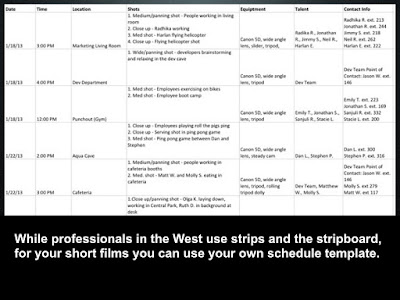 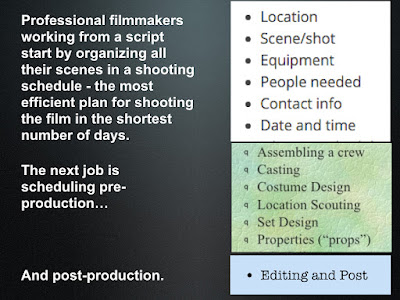 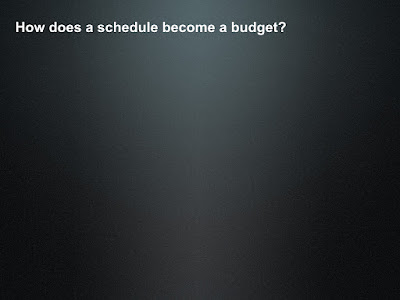 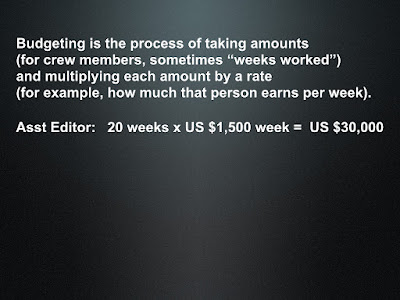 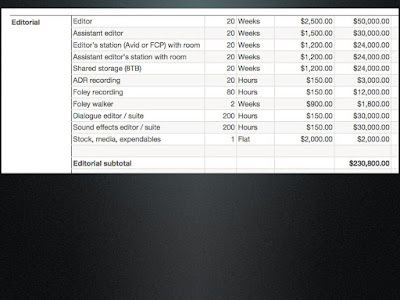 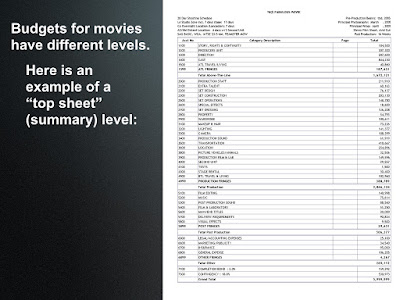 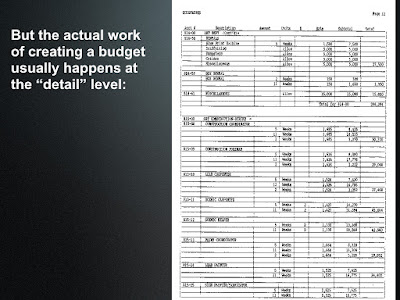 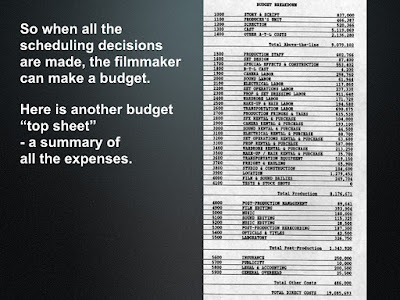 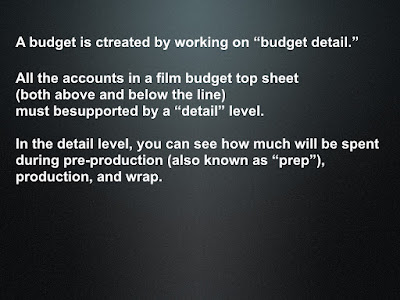 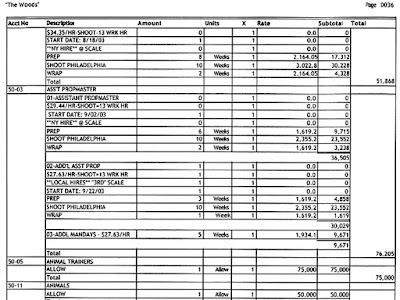 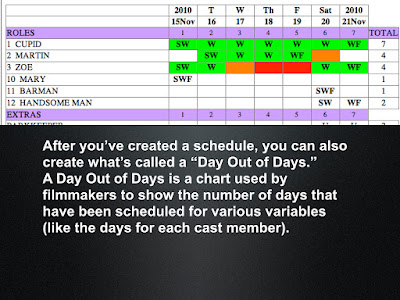 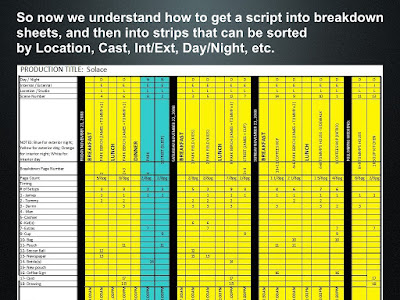 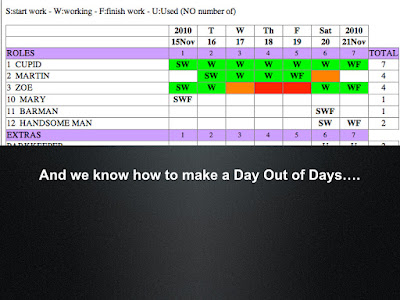 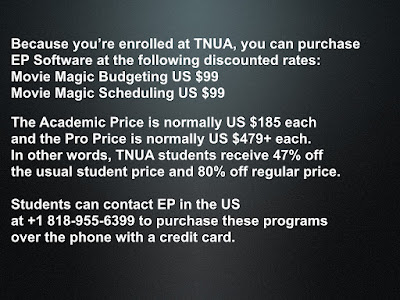 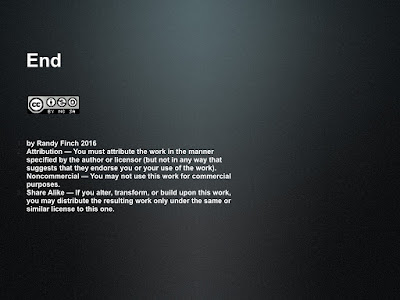