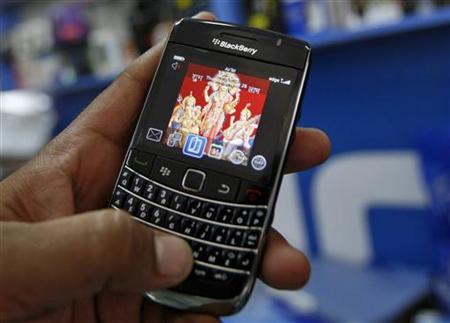 As noted previously on this blog, India is providing hundreds of thousands of students low-cost tablets for accessing the internet while simultaneously leaping ahead in adoption of mobile devices (like smartphones) that are connected to the internet.

Now statistics from Trak.In, that were reported in a May 3rd, 2012 post to thenextweb.com, suggest that in India mobile usage will overtake fixed-line internet as the primary mode of accessing the web by the end of 2012.

According to that Trak.In report, the growth of India’s mobile Web usage has been staggering: From just 2% in January 2009 to just under 50% of web access today.

And another report in Pingdom explains why: "[W]ith the price of [fixed-line] internet prohibitive for many Indians, not to mention that infrastructure issues [that] restrict access to services in rural areas, mobile has emerged a more cost efficient and convenient Internet access point."

The pattern in India (mobile Internet exploding, especially in rural areas) is also evident in China, where mobile-only users account for more than one-third of the internet population (38 percent of China’s Internet users in 2011). In rural areas of China as much as 45 percent of Internet access is currently mobile-only, as compared to 29 percent in urban areas.

Confirmation of the growing importance of accessing the web through mobile devices instead of fixed-line internet, is reflected in other recent statistics as well. For example, in early March 2012 Facebook reported that, during December 2011, more than 58 million Facebook users accessed the social network using their mobile device only. In other words, almost 60 million people used a mobile app or their mobile browser to access Facebook, without logging into the site through a computer at all during the month.

Much of this growth in Facebook usage via mobile device is happening in emerging markets.

A February 27th, 2012 NY Times blogpost, explains that Indians can access Facebook via a mobile device after paying approximately $2 per month (99 rupees) for web access. And, according to this report, many Indians are willing to pay that much simply to access Facebook.

In short, mobile is rapidly becoming the dominant mode of accessing the internet in many developing countries - and every maker of online content needs to consider the implications: For example, how will that short film you're making play on a smartphone or 7 inch tablet?
Posted by Randy Finch on Thursday, May 24, 2012