In 2013, Advertising on Mobile Devices Grew Even Faster Than the Optimists Expected 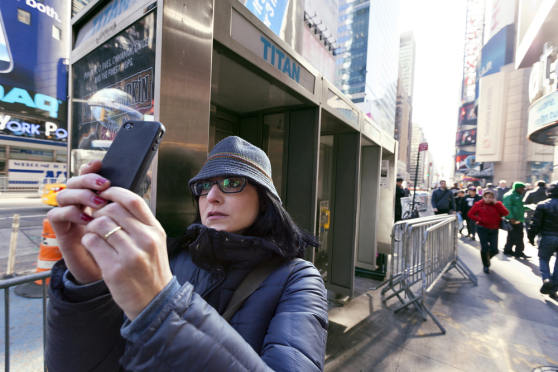 In 2012, a threshold was reached. For the first time ever, there were as many active wireless devices in the U.S. as there were people. And since then, the ways in which these mobile devices were being used has continued to evolve.

There are currently over 335 million wireless connections in the US (with something around 240 million mobile users, many apparently owning multiple mobile devices).

And what these devices can do continues to redefine marketing (pay attention film marketers)...

While we still call them mobile phones, in 2013, text messaging and monthly voice minutes on mobile devices in the U.S. actually declined.

Meanwhile...  data usage on mobile devices exploded - data service revenues are expected to exceed 50% of all U.S. mobile industry service revenue in the last quarter of 2013.

In other words, while we'll continue to call them "mobile phones" and tablets, it's a mistake to think of them as only phones or portable computers...

Mobile means more than portable - it means touchscreen functionality, with access to more reliable broadband streaming, coupled with location awareness and data mining, plus the portability of higher quality motion picture players and cameras. In short, the technology of mobile and consumer behaviors are converging to create a new category of entertainment and information experience.

For filmmakers these changes require a new approach - mobile is the most fundamental change in how motion pictures are marketed and shared since the commercialization of television.

And we're just at the beginning of this worldwide paradigm shift.

Am I being hyperbolic?

Maybe... But if you're making films for advertisers (e.g., commercials, programming that will be supported by sponsors, etc.) - you're probably already aware of the New World of advertising that mobile devices are opening up.

The profusion of smartphones and tablets - and the improved messaging for mobile  - has already caused a fundamental change in how Madison Ave. spends its money.

In the U.S. the major brands and advertisers are already well into the process of shifting where they spend their money. The unique opportunities offered by wireless devices are already having a major impact.

And the move to mobile (and away from traditional media and desktop) shows no signs of abating - with emarketer now predicting that mobile devices will rival desktop in spending by 2016 and thereafter mobile will be the preferred platform for digital ads: