Why Is China's Motion Picture Business Booming? A Few Facts and Charts Filmmakers Should Study

The urban population of the People's Republic of China has grown at a 3.6 percent compound annual rate since 2002. That means (on average) 21 million people have moved into Chinese cities each year for the last ten years.

These are many ways to measure the rapid rise of China's consumer society. One example? In 2009 China overtook the US as the global leader in energy consumption: 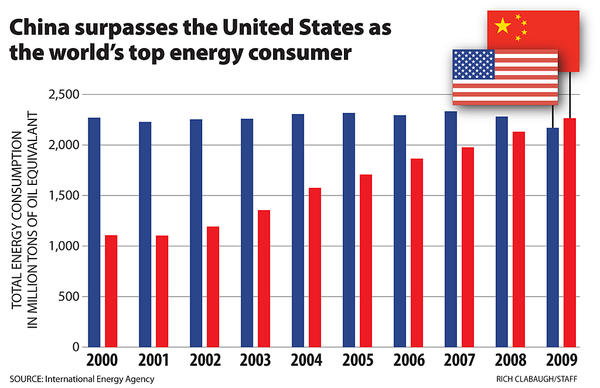 With more people coming to the cities and getting jobs, disposable income (personal income that remains after taxes are paid) has been growing in China:

The biggest cities in China have lead the way - but second and third tier cities are also experiencing rapid increases in disposable income: The sudden buying power of China's urban consumer class has coincided with smartphones and tablets becoming available - and Chinese consumers are increasingly accessing the internet via mobile devices: And this rise in access to wirelessly connected mobile devices is coming at exactly the same moment that China's urban consumers are attending movies (in newly constructed theaters) in record numbers: