Robots Shut Down Broadcast of an Awards Ceremony: Is This How Copyright Is Supposed to Work? 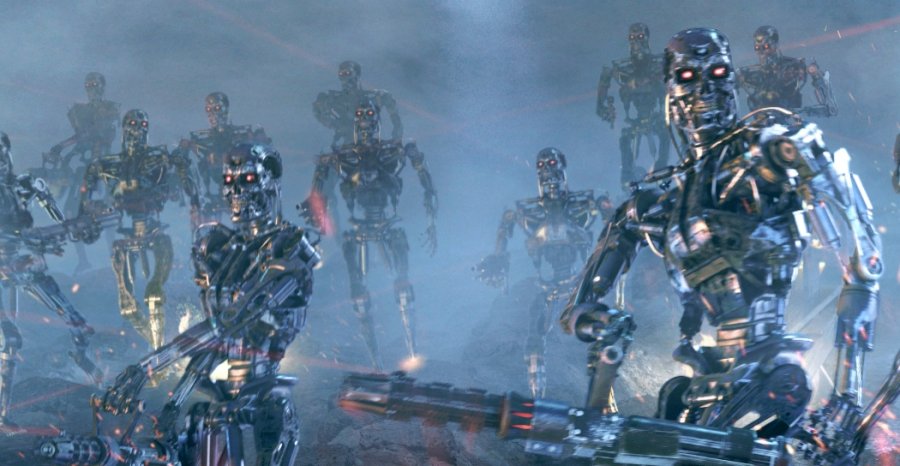 The Hugo is the world's most prestigious science fiction award.

And what played out at the Hugo Awards ceremony on Sunday Sept. 2, 2012 sounds like science fiction - a story where a highly trusted technology, employing cutting-edge artificial intelligence, makes an automated decision with disastrous results for the designers of the system, mere humans who can't shut off or reverse the will of the machines.

Cyberdyne at the Hugos?

What exactly happened at the Hugos?

During an acceptance speech by sci-fi author Neil Gaiman, the live video stream went dark, when robots (an automated copyright enforcement service) decided that the clips being shown might have violated copyright.

Ustream (the streaming service the Hugos were using) later explained that automated software designed to detect the unauthorized posting of copyrighted material was triggered when clips of an episode Neil Gaiman had written for the British sci-fi series "Doctor Who" were shown to the live audience.

"Worldcon banned due to copyright infringement" instantaneously appeared on all the computer screens that had been carrying a video stream of the ceremony.

All around the world geeks' heads exploded.

And (ominously?) the humans behind the broadcast were unable to override the decision of the automated system.

Eventually, Ustream's CEO Brad Hunstable made a public apology that placed the blame on Vobile, the third-party service that Ustream had been using for automated infringement takedowns: "The video clips shown prior to Neil's speech automatically triggered the 3rd party system at the behest of the copyright holder... Unfortunately, we were not able to lift the ban before the broadcast ended. We had many unhappy viewers as a result, and for that I am truly sorry."

Subsequently, Vobile's CEO weighed in, placing the blame back on Ustream by suggesting that it was only the humans at Ustream who had the authority to shut down the Awards webcast.

According to Vobile, Ustream had delegated a license to kill - the broadcast - to a machine. And it was Ustream that failed to correct their mistake before the end of the awards ceremony: "Vobile technology was not at the root of the problem. Our content identification system provides customers with accurate information. Each customer must decide for itself what it does with that information."

Talk about a dystopian future and "reign of the machines"...

This episode (with an audience of sci-fi geeks, already primed to distrust Skynet) is a great example of how digital rights management can harm the free flow of information.

As Annalee Newitz wrote on Sept. 3rd, 2012 in i09: "The digital restriction management (DRM) robots on Ustream had not been programmed with [the] basic contours of copyright law."

Silly Ustream and Vobile, why weren't the bots programmed with the basic contours of copyright law?

Because those contours are so complicated that even the most self-aware artificial intelligence systems would crash.

No machine and no person can reliably predict how different judges in different jurisdictions will rule on the unique situations where fair use might be invoked. The machine's guess that the unpermissioned use of Doctor Who clips was a violation of copyright law under these particular circumstances may have been right - or wrong. And maybe a human forgot to tell the machine that permission had been granted.

Here's what we know: The rest of the broadcast (even the parts with no infringing content) was censored.

And we also know, because the circumstances are always changing and the current law provides too little certainty and our DRM bots are crude, the area of fair use under copyright law is a quagmire where free speech is sometimes terminated.

And we also know that, because there seems to be no urgent demand to fix the problems with copyright law and enforcement, users of the internet must accept that at least one aspect of the future is certain: We'll be back.
Posted by Randy Finch on Saturday, September 08, 2012