Centering on the Audience: Brian Clark on Meaningful Experiences 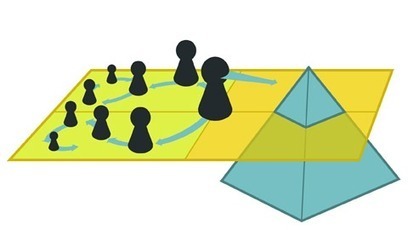 In talking about the New World of filmmaking (made possible by cheap digital tools and the networked world where content spreads from user to user via social media) it's tempting to focus on the shiny new pieces of technology or on the numbers (e.g., of pixels, YouTube viewers, tablets sold, etc.). Media innovator Brian Clark is one of my heroes because he keeps nudging the conversation away from technology and numbers and back to the user experience.

While there is much to say about the changes in the ways that stories can be told - what keeps Brian Clark up at night (writing posts like his July 2nd, 2012 teaser for a much larger presentation that I hope will be delivered ar the Storyworld Conference in October 2012) are thoughts about the meaningful experiences that we could be designing for each other:

"As a community, we spend far too much time talking about the form of work... We only know about the world (or ourselves) because of our experiences, and we only understand those experiences when we craft a story to describe it to ourselves: this is the moment of meaning."

In other words, it's the stories that we tell and how those stories are experienced that matters: All the technology that supports our storytelling is secondary to what our stories mean to people. Yes, it's easy to get distracted by the changing forms. But the real show happens between the user's ears in "the phenomena of experience."

I think I know what Brian is saying. And (as Brian points out) what I take away from his writing is all that really matters (it's certainly not the technology - like what blogging software Brian uses). In my view, storytellers - and teachers of storytellers in the 21st century - who fail to appreciate what makes a story meaningful and "spreadable" in this new century are doomed to irrelevancy. For example, the flood of new motion picture content (made and circulated using the new tools) is changing forever fundamental notions about how to make, market and profit from motion pictures. The Old World studios - and most film educators - have been very slow to appreciate the significance of these changes. Many are clinging to Old World models in a desperate effort to weather the storm as the dominance of the centralized production and distribution models (tools that worked for over 100 years) comes to an end. Paradoxically, many so-called experts in storytelling are missing the central threads of today's narrative - the social spread of motion pictures and the new levels of engagement in the user experience offered by the new tools. Brian Clark reminds us to focus on the way that our stories become meaningful for individual users - who will then share that story with others. As Prof. Henry Jenkins says: If it doesn't spread, it's dead. In other words, if your story lacks meaning for the user - something in the user experience that will make it spreadable - your use of the new tools is futile.

Thanks to Siobhan O'Flynn for scooping the link to Brian Clark's latest post.
Posted by Randy Finch on Monday, July 02, 2012