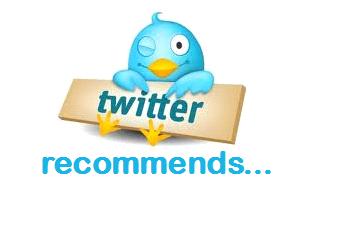 In today's review-driven online world, "[wh]at matters to most potential customers is not what you say about your business, but what your existing customers have to say."

But isn't it a lot of work to get favorable comments from people who've seen my film into my webpage?

How can I cajole my users into saying nice things?

And, even if I can get some nice reviews, how do I get them into my website?

How can I present those comments in a way that seems both authentic and professional?

Surprisingly, it's actually all quite easy.

Next you need to encourage your core audience to tweet about your film.

Then you need to read Charlene Kingston's article that - in a few easy steps - will show you how to post those twitter testimonials onto your website or blog.

You can see an example of what I'm talking about (although, instead of testimonials, I am posting tweets that I find interesting) on this page. My custom "Twitter" window - with the subtitle "Stuff I Found on Twitter" - can be seen in the righthand column on this page. This window took only a few minutes to build and now takes only a few minutes every now and then to maintain.

If I can do it, then any filmmaker can embed Twitter testimonials into his or her film's website.

Why bother? Because a window with a number of nice testimonials could really help turn prospects into customers.

Tweets make great testimonials. They’re short. And, because they’re written for public review, you don’t need permission to use a tweet as a testimonial. The reader can actually click on the tweet and become part of the community discussing your film on Twitter. And Twitter makes it insanely easy for you to capture and display tweets. All you have to do is hover over the bottom of a nice tweet and click on "Favorite." (Please note: To make this strategy work, you must use Favorites on that account exclusively for testimonials.)

Many thanks to Charlene Kingston and the website where her article appeared - Social Media Examiner - which is a trusted source for handy tricks for customizing your online presence.
Posted by Randy Finch on Friday, July 08, 2011