Fox v. Time Warner and Bright House: Why the Economic Model for Cable TV is Changing 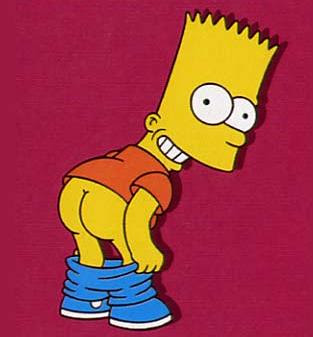 In a dispute about TV service that threatened to be as disruptive as any Bart Simpson prank, Rupert Murdoch's Fox network threatened that on New Year's Day 2010 it would stop allowing the cable systems owned by Bright House and Time Warner to distribute Fox programming in key cities like New York, LA and Orlando. As the holidays approached, Fox stood on one side and Bright House and Time Warner stood on the other, and both sides started airing ominous and confusing warnings about media blackouts.

Time Warner and Bright House (which was once owned by Time Warner and continues to work with Time Warner through an operating agreement) went toe-to-toe with Fox over Fox's demand for unprecedented new fees said to be $1 per subscriber per month. Eventually the two sides settled, but to understand what was at stake and the consequences of their battle we'll need to study a little TV history.

For the first fifty years of broadcast television, the owners of the original television networks (ABC, NBC, CBS and then Fox) were said to have "a license to print money," making millions from advertising. When cable TV began to expand rapidly in the 1970s, the existing over-the-air national networks and the local stations that carried that programing were worried that Pay TV would not include their signals. In those days, the existing networks and their affiliates demanded and got prominent placement on the cable dial so that their channels were streamed into millions of newly cabled homes, increasing their audience and ad revenue. Throughout the 1970s and 1980s the money continued to roll in. For a time that was enough. In recent years, however, the competition for viewers has stiffened. New cable channels are competing for ad dollars and the Internet is siphoning-off viewers, so the newly beleaguered networks and their affiliates (led most aggressively by Rupert Murdoch's Fox) want direct payments from the cable systems for the right to retransmit their programming.

In the current system, television networks (like the traditional over-the-air broadcasters ABC, NBC, CBS and Fox and the newer networks that were created to distribute programming on cable only, like CNN, the Disney Channel, TCM and ESPN) deliver information or entertainment by satellite to local cable television systems. The cable systems then redistribute the network programs, through wires, to individual residences in their local franchise areas. Most cable systems today offer a great variety of channel lineups from a great variety of sources. The cable systems typically offer these channels in different "tiers" or channel packages to consumers who pay a monthly subscription fee.

If we understand the history of the cable TV options offered to consumers, we'll be able to better understand the recent battle between Fox and Bright House/Time Warner.

Basic Cable: The basic programming package offered today by cable TV systems is usually known as "basic cable" and provides access to a small number of TV channels. Typically a basic cable package will include local broadcast stations. Many of these local stations are affiliated with national broadcast television networks such as ABC, CBS, CW, Fox, NBC, and PBS. In addition to taking national network programming, these local stations will produce local programming and support themselves by selling advertising time to local businesses (or, in the case of PBS affiliates, taking donations). In addition to the local stations, a basic cable tier will also typically include a few national cable channels that can sell advertising as well as a few public-access cable television channels that give local customers a chance to produce their own programming in local studios.

The basic cable tier was first created in the 1970s by the cable systems in response to Federal regulations known as "must-carry" rules. The original must carry rules were created by the Federal Communications Commission. The FCC is the federal agency that regulates television. (The FCC has also been widely mocked for its attempts to regulate "indecency" on television, as in the video below).

In addition to its role in censorship, the FCC has broad power to regulate the business of television. In the 1970s the FCC stepped in to protect local broadcasters from the threat they saw from the competition posed by cable.

Access to cable systems was a huge issue in the 1970s because in those days cable systems had limited capacity, perhaps offering 12 channels instead of the hundred plus available today. In those days, the fight for access to the cable dial pitted small local broadcasters against emerging national cable channels. The local broadcasters feared that cable TV with national channels posed a threat to the viability of their locally produced free-to-view broadcast television. Here is a clip of what they feared, the first broadcast of Ted Turner's CNN in 1980:

The local broadcasters argued that their local programming provided a worthy public service that was threatened with extinction as consumers converted to cable: "How would locals find out about a tornado if their cable box didn't give them access to local TV?" Because of the limited number of channels that could be delivered via cable in those days and a fear that cable customers might not have access to local channels, in 1972 the FCC enacted the first must carry rules, requiring all cable TV systems to carry local broadcast stations on their lineups. Cable TV systems were also required to offer a subscription package that provided these local broadcast channels to individual customers at a lower rate than the standard subscription rate. This government mandated level of service became known as basic cable.

Because of the limited number of channels, the early must carry rules meant that cable systems were required to carry local broadcasters (with their local news and community affairs programming) instead of the new national networks like Ted Turner's "super station" WTBS, his national all-news channel CNN or the premium movie channels being offered by outfits like HBO. Ted Turner and HBO immediately challenged the must carry rules, arguing that the cable systems, crowded with government-mandated local signals, had no room to add their vision for numerous new national networks.

Turner and HBO wrapped themselves in the flag, claiming that the must carry rules amounted to government action that abridged their free speech rights. In a series of trials that stretched into the 1990s, Turner and HBO (and others) argued that the FCC had exceeded its jurisdiction in limiting programming options. Eventually the courts ruled that the expanding number of stations that came with improved technology meant that cable television service could not be as heavily regulated as broadcast TV, but should be treated more like newspapers and books, which had historically been free from government regulation under the First Amendment. This reasoning paved the way for numerous changes to the way government interacted with the cable industry. For example, in October 1994, the FCC gave stations a choice of being carried under modified must-carry rules or under a new regulation requiring cable companies to obtain retransmission consent before carrying a broadcast signal. The 1994 retransmission ruling gave desirable over-the-air local stations increased power to negotiate the terms of carriage the cable company would provide, including negotiating for channel preference. These 1994 rules opened the door for channels to negotiate the terms for retransmission over cable systems and set the scene for the recent battle over the retransmission fees Fox has apparently just won from Time Warner and Bright House.

Before concluding our discussion of Fox v. Time Warner and Bright House it seems worth noting that, in addition to basic cable, cable systems today offer a number of other tiers of service with different revenue models.

Expanded Basic: Today most cable systems differentiate between basic cable, which has a handful of local broadcasters and a small number of national networks, and "expanded basic" which has everything in basic cable plus as many as 70 other national channels most of which are ad supported.

Premium Channels: In addition to the basic cable packages, all systems offer premium channel add-on packages offering either just one premium network (e.g. HBO) or several premium networks for one price (e.g. HBO and Showtime together). These premium cable networks (also known as Pay TV channels) do not sell advertising. They derive all their income from the cable systems that carry them. The systems, in turn, charge consumers subscription fees for each pay network, usually at a rate of $10 to $20 per month per pay service. The systems and the networks divide the fees consumers pay for these premium services, usually about 50-50, but this ratio is subject to negotiation. Consumers who do not subscribe to the pay services are locked out or receive scrambled signals on channels occupied by those services.

Today the cable service providers are not required to carry cable channels. And, most significantly for the dispute between Fox and Time Warner and Bright House, a cable channel or local broadcaster doesn't have to provide a signal to a cable operator. The negotiations that occur between a channel and a cable system, like the recent battle that threatened to black-out Bart Simpson and the Sugar Bowl for Time Warner and Bright House Cable subscribers, are a key reason that subscription prices keep going up.

Until the 1990s, advertising and fees from local affiliates supported all four of the nation's main broadcast networks — ABC, NBC, CBS and Fox. But advertising income for the networks has plunged. By 2008 cable-only producers (like A&E, ESPN and Bravo) were taking in almost 40 percent of all TV ad revenue. The pie that the big broadcasters used to have to themselves is being cut into smaller and smaller pieces as new channels are introduced. So the networks are increasingly dependent on the license fees they began charging cable providers in 1994.

Today some of the most popular non-premium cable channels (like ESPN) can actually sell advertising and also charge the cable service a hefty per subscriber fee each month. For example, in 2010 ESPN sells ads and receives more than $4 per subscriber per month from cable systems. That dual revenue stream is what allowed ESPN to outbid Fox for high-priced events such as the college football Bowl Championship Series — including the Sugar Bowl, Fiesta Bowl and Orange Bowl that are now on Fox — from 2011 to 2013. There are still some less popular cable channels which do not charge any subscriber fees and survive only on advertising revenue. But, with ESPN negotiating to increase their average rates to over $5 per subscriber per month by 2012 and Fox demanding and receiving retransmission fees from Time Warner and Bright House in 2010, the foreseeable future of cable TV seems to be that consumers will be paying larger and larger cable bills.
Posted by Randy Finch on Sunday, January 03, 2010