Hollywood Disruption: How WME-IMG Might Threaten the Legacy Studio and Broadcast Models 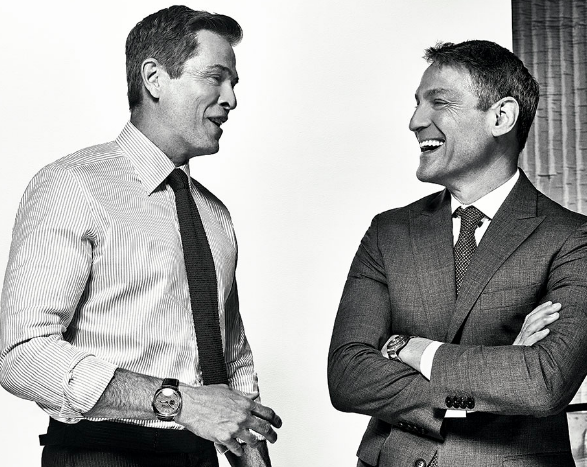 How should a legacy motion picture company react when a new cheap alternative starts to offer niche content online or directly to broadcasters?

Back in 2013, should Paramount have shifted focus from blockbusters to creating Vine videos?

The nature of "low-end disruption" is that it generally doesn't make sense for the established big company to shift into the new model.

Harvard Business School professor Clay Christensen coined the term "low-end disruption" to describe how new products or services (often using new technologies) can offer a simpler, cheaper or more convenient alternative to an existing product such that "the customers lost typically are unprofitable for the incumbents, so the big companies are happy to lose them".

But what about a new company that uses the internet or their own sales force to bypass the established motion picture studios and broadcast TV distributors to offer cheaper alternative forms of entertainment to niche-occupying customers?

How should the legacy studios react to a new-type of company, designed to sell an eclectic variety of forms of entertainment directly to fans - using online tools and their own relationships with buyers, to go deep into niches for (oddball?) offerings like bull riding, new modes of prize fighting and also-ran beauty pageants?

Could content, that might me marginal at best on the old mass media outlets, allow a competitor, dealing directly with the customers, to offer a cheaper more-narrowly targeted alternative - to build a global audience?

As explained in a Feb. 16th, 2015 TechCrunch article about this kind of "disruption": "Incumbents appropriately ignore the new product because it is uneconomic to respond, but the incumbents’ quiescence can lead to their later downfall."

In a Nov. 16th, 2016 fastcompany post, reporter Nicole LaPorte analyzes how a two super-agents in their 50s may currently be writing the latest chapter in Hollywood disruption.

Patrick Whitesell, 51, and Ari Emanuel, 55, were the driving forces behind the 2009 merger of their agency, Endeavor, with Old World titan William Morris Agency. Then, in 2013, the pair added sports-and-marketing firm International Management Group to their portfolio. There are now almost 6,000 employees working for WME-IMG (a name change is imminent) doing traditional deals for movies, TV shows, and sporting events. But the latest moves at WME-IMG, which seem to threaten a major disruption of how Hollywood has done business for almost a century, might be indicative of a new business model, where content creators sell their diverse forms of entertainment directly to fans (or, for the time-being, to companies that have direct access to fans).

Note: it isn't the content that WME-IMG has gathered itself that is revolutionary, it is the delivery method - for example, byspassing the studios to make deals directly with broadcasters and online platforms - that could be disruptive. In other words, it is the business model, not the content, that will determine whether the competition from WME-IMG upsets the Hollywood revenue model.

Can an upstart competitor go up against legacy incumbents - offering fare in a way that is essentially impossible for the existing outlets to profitably distribute?

Bull riding, ultimate fighting and Miss Universe (which WME-IMG purchased from former client Donald Trump) are very different from the Disney-owned jewels of Pixar, Marvel, and Lucasfilm. But, as Nicole LaPorte notes: "[I]t’s the textbook definition of disruption to start with something people consider to be folly and work your way up. Whitesell and Emanuel’s approach, as their former Endeavor partner David Lonner described it to me, has always been, "We just have to give ’em little body blows, again and again. Then we knock ’em out." WME-IMG knows the assets it now controls, often from having been their agent before acquiring them. They’re relentlessly focused on making these properties better, and if they do, they will reap all the rewards rather than an agent’s traditional 10%."

"One of Emanuel’s favorite things to say is that WME-IMG is "going from a B-to-B business to a B-to-B-to-C-to-D business," which means going from idea to screen with, increasingly, no other middlemen involved. The prototype for this model is The Night Manager, the TV adaptation of the John le Carré novel that started off as a WME-IMG package (the company represents stars Hugh Laurie and Tom Hiddleston as well as the production company, the Ink Factory). Typically, at that point, the agency’s role ends and the show is bought by a studio like Sony or NBCUniversal, which sells it to networks. But in this case, WME-IMG did the selling itself... WME packaged the miniseries based on John le Carré’s novel, then made it a worldwide event by selling the TV rights itself. "I wanted to prove the point that we have all this incredible leverage and a wealth of relationships with broadcasters around the world," says Ioris Francini, the Italian-born, London-based co-president of WME-IMG who White­sell calls the company’s "intelligence network," because of the relationships Francini’s team has built globally. Francini tapped IMG’s global sales force to sell The Night Manager the same way it does Wimbledon, and the show debuted in 188 countries earlier this year. The revenue that might have accrued to a studio or distributor all flowed to WME-IMG. The agency has gone on to make similar deals for the sci-fi detective series Dirk Gently and comic travelogue The Grand Tour, featuring the Top Gear stars."