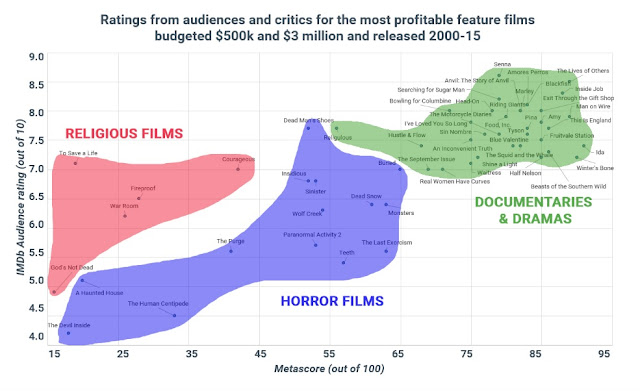 What do the numbers tell us?

Is there a secret to making a profitable low-budget (under US $3 million) film?

Are there common themes or plot lines?

Thanks to writer-producer-teacher Stephen Follows and movie business numbers cruncher (founder of The Numbers) Bruce Nash for collecting the data and to Candice Vaughn for sharing the link.