How Relativity Media Used Big Data and Screwed Up

In an April 13th, 2016 post to nofilmschool.com, Jack Zhang makes some interesting points about how big data didn't help Relativity Media to beat the Hollywood system - despite some lofty claims by its founder, Ryan Kavanaugh. 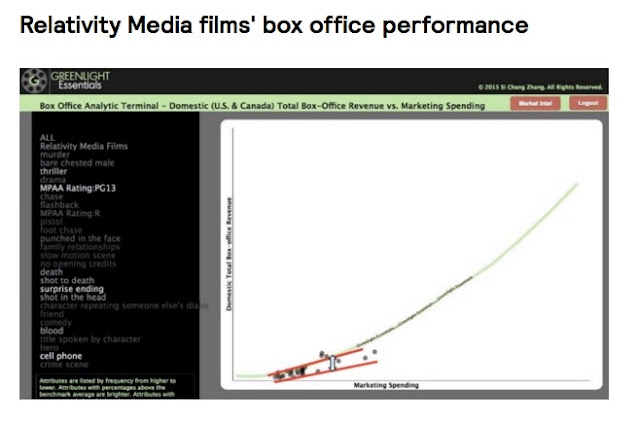