Would the Founding Fathers Have Used Uber? Was Thomas Jefferson the Enemy of Peer Production and an Economy Built on Sharing? 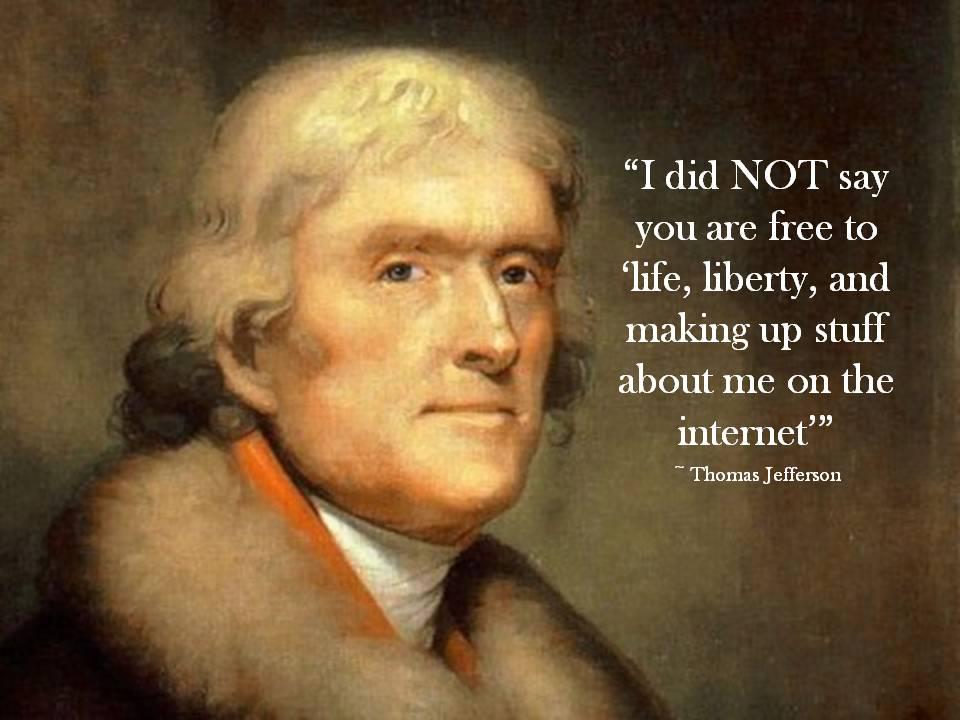 Sometimes the Jefferson quotes you'll find on the internet are simply made up.

But you'd think that a famous college professor would be a reliable source for verifiable Jeffersonian wisdom.

If that professor is Jon Taplin of USC (blogging again this week about the threats to our culture posed by the internet) you would be wise to double check the sources.

Here's a (representative?) quote to illustrate the argument Prof. Taplin made in his August 4th. 2014 post:

“[T]he so called sharing economy is designed by the 1% to help the 90% destroy the livelihoods of the 9% who make up the small business middle class.”

There are certainly some media and service businesses - operating with online features - that are posing big challenges to some very prominent legacy businesses.

But has the sharing economy actually been designed to destroy the small business middle class?

Prof. Taplin doesn't offer much concrete support for his (hyperbolic?) assertion that the sharing economy is (intentionally?) targeted at the destruction of the business middle class.

Note: The Prof. is not just pointing out unintended consequences. It isn't just profit or the thrill of innovating. Prof. Taplin apparently sees a destructive design (motives? evil plans?) lurking behind the sharing economy's one-click convenience...

And what of Prof. Taplin's endorsement of Venkatesh Rao's assertion that these new internet businesses are implicitly un-American - a threat to "Jeffersonian producerism?"

Was the actual Thomas Jefferson an enemy of peer production and an economy built on sharing?

Is this kind of disruptive innovation fundamentally un-American?

It may come as a surprise to Prof. Taplin and Venkatesh Rao, but the man who co-drafted the Declaration of Independence actually believed (fervently) in a commons of ideas. And the real Thomas Jefferson lived in a time when peer production - in the sense of self-selected and decentralized work for the common good - was often considered a patriotic ideal.

When Thomas Jefferson wrote revolutionary tracts or spoke in public, he did so knowing that his thoughts and verbatim expression would be passed around and reinterpreted by a sharing community. In other words, Jefferson relied on a self-selected, often unpaid, group who used the technology of the day (the printing press) to copy and spread his (disruptive) ideas.

And then there is what the real Thomas Jefferson had to say about a "livelihood" based on intellectual property:

"That ideas should freely spread from one to another over the globe, for the moral and mutual instruction of man, and improvement of his condition, seems to have been peculiarly and benevolently designed by nature, when she made them, like fire, expansible over all space, without lessening their density in any point, and like the air in which we breathe, move, and have our physical being, incapable of confinement or exclusive appropriation. Inventions then cannot, in nature, be a subject of property." - 13 August 1813 (to Isaac McPherson)

Does that sound like a guy who would have feared the sharing economy or worried overmuch about royalty payments for pop songs written in the middle of the previous century?

Based on what he actually said, it seems like a stretch to recast Thomas Jefferson (a hero of the reform-copyright movement and an opponent of big central government) into a standard-bearer for heavily-regulated IP and as a foe of entrepreneurial start-ups (especially those in the media businesses).

But that seems to be what Prof. Taplin's post wants us to think.

Perhaps most importantly, can we just admit that many (most?) comparisons between Jefferson's world and today's world just won't hold up.

In Jefferson's time, textiles were made mainly in the home, transportation was mainly on foot (there was no national system of roads and railroads didn't exist) and the vast majority of Americans were subsistence farmers. 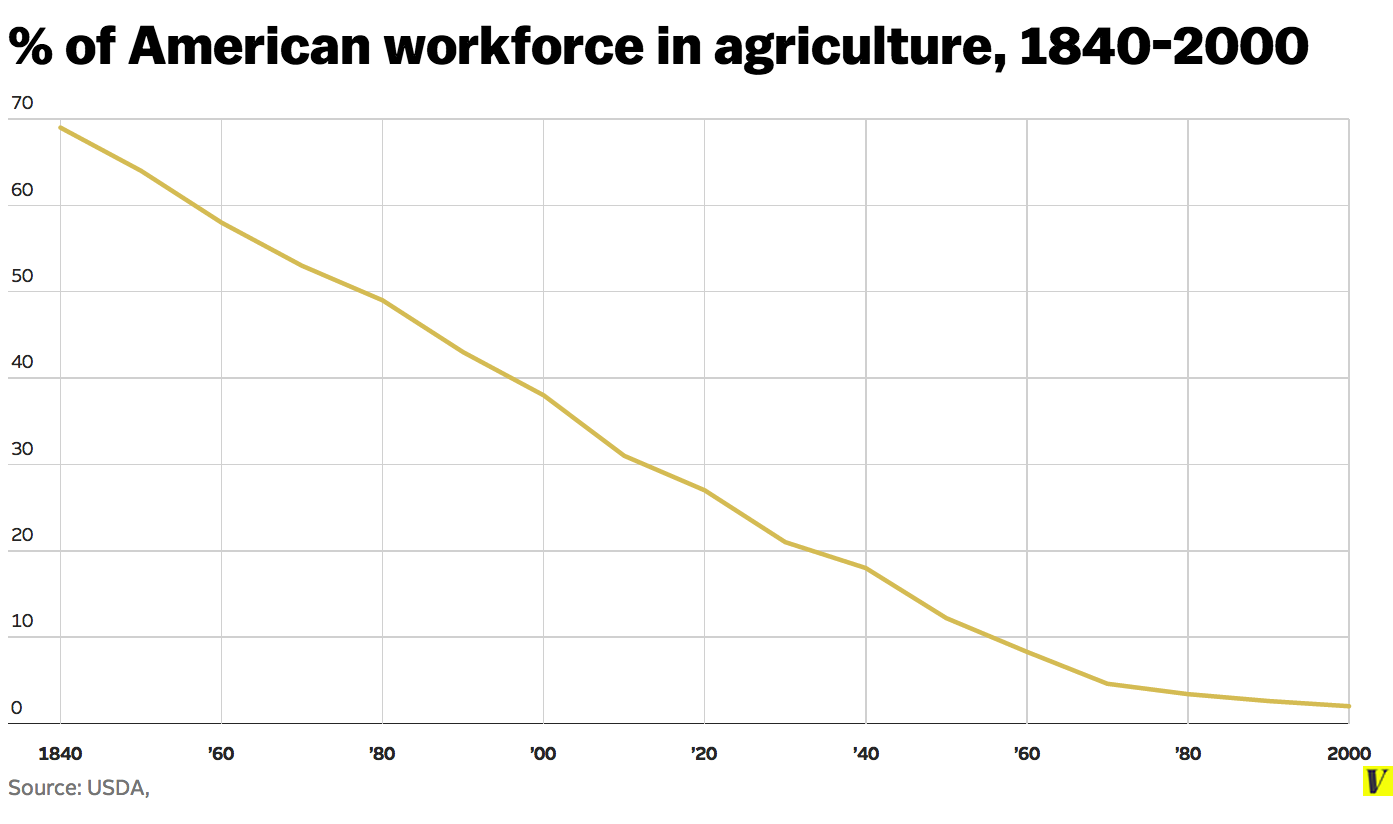 So perhaps lavishing any attention on Prof. Taplin's speculation (e.g., What would Thomas Jefferson have to say about Groupon? Pirate Bay?) is a waste.

“In every College and University, a professorship of agriculture, and the class of its students, might be honored as the first. Young men closing their academical [sic] education with this, as the crown of all other sciences, fascinated with its solid charms, and at a time when they are to choose an occupation, instead of crowding the other classes, would return to the farms of their fathers, their own, or those of others.” 1803 Nov. 14. (to David Williams)

Prof. Taplin may be right that “we are screwed as a culture” because (quoting A.O. Scott from the Aug. 1st, 2014 NY Times) today’s universities are becoming the “training centers for the technocratic debt peons of the digital future."

And invoking Thomas Jefferson to argue against a sharing economy, or for the proposition that higher-education shouldn't prepare people for workaday jobs, seems a stretch.

While Airbnb and Lyft may in fact signal the end of the American Dream, and schools may be struggling with how to prepare students for the 21st century, could it also be true that Prof. Taplin and Venkatesh Rao just don't like the way the culture is changing?

Could it be that Thomas Jefferson never had an opinion on the unique circumstances facing us?

And, not that it's likely to happen, but could I put in the request that we hereafter resolve to leave the Founding Fathers out of our issues with Uber and Spotify?