Is Online Film Funding from Alibaba, China's (and the World's) Biggest Online Retailer, Just a Gimmick? Or is Yu Le Bao a Fundamental Change in How Motion Pictures Will Be Financed? 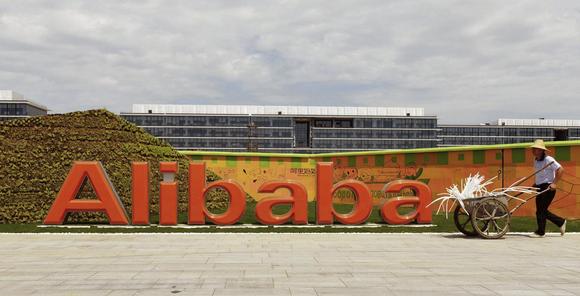 China's e-commerce giant Alibaba was founded in Jack Ma's apartment in the eastern Chinese city of Hangzhou just 15 years ago.

Today Alibaba accounts for over 80% of all the online transactions in China and the company's IPO (with perhaps 12% of the company up for sale later this year) could set an all-time record netting in excess of US $20 billion.

What does any of this have to do with the movie business?

Since early 2014, Alibaba has been offering a hybrid product - known as Yu Le Bao (娱乐宝- yú lè  bǎo) - that insiders (like Alibaba's president of digital entertainment Liu Chunning) are touting as a truly disruptive innovation in banking and motion pictures - allowing customers to make micro-investments  in entertainment properties.

Is Yu Le Bao just a stunt to get attention in the run-up to Alibaba's IPO or is Yu Le Bao a significant step forward in how movies will be funded?

A key feature of Yu Le Bao ("entertainment treasure" in English) is that everyday customers can use an app on their mobile device to invest a minimum of 100 yuan (around US $16) into a fund that will be associated with select films. According to the April 1st, 2014 Hollywood Reporter: "On the first day of the scheme’s operation, more than 180,000 would-be Chinese Harvey Weinsteins had put $1.16 million (7.2 million yuan) into the next installment of the popular Tiny Times series; Sun Zhou’s Impossible had raised $740,000 (4.6 million yuan) from 130,000 investors; and the Jean-Jacques Annaud-directed Wolf Totem had raised $660,000 (4.09 million)."

And movies aren't the only option on Yu Le Bao. The minimum investment falls to only 50 yuan for a Yu Le Bao customer who wants to invest in games.

As explained in the International Business Times on March 27th, 2014: "The funds pooled in Yu Le Bao will be channeled into insurance and wealth management products offered by Guohua Life Insurance, which will then invest the money in the entertainment business.... Returns from Yu Le Bao comes from investment in insurance and wealth management products from Guohua Life Insurance, not directly from the film projects. In fact, because all the funds go into the same financial product, the return for all investors would be the same, regardless of which film they might have voted for. In a traditional crowdfunding project, any film may be produced if enough people support it, but with Yu Le Bao, Alibaba chose the four projects, and will decide ultimately how much funding each of the four projects receives." And the stakes are never very big: Currently, the largest investment any individual can make via Yu Le Bao is capped at 1,000 yuan.

One reason Yu Le Bao is attracting customers (investing in funds that spread the risk across motion pictures or games, instead of going into a more traditional bank or mutual fund) is that users are offered updates from behind-the-scenes and the opportunity to communicate with entertainment content creators - building upon the two-way access of social media and the notions of community that have sparked interest in Western crowdfunding sites like Kickstarter and Indiegogo.

And Alibaba isn't just innovating in how films are funded. As reported by Patrick Frater in the June 16th, 2014 edition of Variety, Alibaba "is expected to launch its own Netflix-like online video offering [in July 2014?] and is currently amassing libraries of content. The service is expected to kick off with a free trial period, before converting users to a subscription-VoD model. [At the same time] the company had recently also sold out on a second tranche of its crowd-funding product Yu Le Bao."

(Readers should be aware that Yu Le Bao is distinct from Alibaba's other existing online investing tool, Yu'e Bao - even though the names in English differ in only one letter and Yu'e Bao (which translates as “leftover treasure”) also allows Chinese customers to invest using mobile devices. Unlike Yu Le Bao, Yu'e Bao focuses on more traditional funds and Yu'e Bao has no upper limit on the investment, which means investors could potentially make much more on Yu'e Bao.)

It remains to be seen whether Yu Le Bao will grow (is it more than a fad, and can it avoid regulatory restrictions that might limit its viability?).

I'm fascinated by the potential of Yu Le Bao and guardedly optimistic about the way this particular app might actually effect how motion pictures are funded and circulated in the West.

At this point it's mostly a hunch.

But the pieces of the puzzle that fell apart about 15 years ago for indie filmmakers might just be coming together again.

As someone who for many years raised money for films outside the Hollywood system, I appreciate that Yu Le Bao is building upon a financing idea that has already shown promise in the West - specifically, social media interactions with a community of core fans to enlist their micro-payments as co-creators of a film (see Kickstarter and Indiegogo).

Loyal readers of this blog already know how enthusiastic I am about the idea of marketing/financing films with the help of core fans.

The potential impact of fan-financiers was recently demonstrated again by Veronica Mars - where engaged and empowered fans helped to create a new film based on a cancelled TV show and then (with a big push from consultants like Ivan Askwith) marketed the hell out of it online.

Yu Le Bao takes that online marketing/financing opportunity and makes it more than a one-off.

In other words, I think Yu Le Bao could potentially provide a template for a whole new film financing business.

Could what we used to call indie films be reborn - this time based on a managed fund and selling the film before it's made?

Could a core group of fans be relied upon (in a repeatable and sustainable way) to become financiers and the tip of the marketing spear?

This online community approach - an idea that the internet has made possible (yes, there are great crowdfunding sites in the West, but why hasn't anyone systematized the financing and then marketing of feature length films online?) - strikes me as the best idea yet for reviving the moribund revenue chances for US non-studio feature films. (To say nothing of how web-series and games might profit from mobilized micro-investors.)

In short, I think Yu Le Bao, which (because of the relatively small numbers involved) just might be a Chinese company's marketing stunt, could actually contain the seeds of a new fan-supported film business - a business that might have legs in the West.

I may end up regretting this particular prediction - but, considering Alibaba's ability to monetize online content (are you paying attention Netflix?), I suspect we'll be hearing much more about Yu Le Bao in the coming months.

Even if I'm wrong about this one, I'm fascinated by the changes in how mobile devices are being used for business in China. Many of these innovations have yet to be felt in the West (where incumbent businesses - like banks and movie studios - have been understandably slow to innovate).

While Hollywood films have a role to play, it's clear that the Hollywood studios and traditional Western notions about motion picture revenue and distribution are not driving the booming motion picture business in China.

Instead of looking at that as a problem, I see opportunity.

Why shouldn't China be the place where the rules about motion pictures - using mobile devices, social media and online banking and commerce - are rewritten?

Yes. This new measure of closeness to acts of cultural creation - a new sense of participation in the creative process - isn't offering a one-on-one relationship with the filmmaker - and it may just be an attempt to add some tinseltown gloss to the hype surrounding Alibaba's upcoming stock offering.

Or it may just be an idiosyncratic (uniquely Chinese?) moment in the global movie business, a business that is always cooking up new (and temporary?) schemes for funding and releasing films.

Or... just maybe... Yu Le Bao might be remembered as one of the major innovations in the motion picture business circa 2014.

Hey. Thank you for the excellent publication. I like to travel. During the trip, I read the website https://set-travel.com/en/top-10/8000-top-10-hotels-located-in-the-former-monasteries I recommend to read. Thank.