Is China's Film Business At "War" With Hollywood? 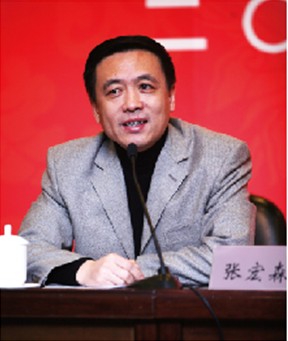 "This is the year when the battle between Hollywood and China really begins," Zhang Hongsen, head of China's central film bureau, said at a June 2014 Chinese domestic film forum that was covered by The Hollywood Reporter.

As reported by Clifford Coonan, Mr. Zhang told the heads of major theater chains in China to prepare for "war" with Hollywood.

In addition to heading China's State Administration of Press, Publication, Radio, Film and Television (SAPPRFT), Zhang Hongsen is also a noted screenwriter. So it's unlikely his words were chosen carelessly.

And Mr. Zhang's specific and immediate directive to Chinese theater owners could not have been clearer: Restrict the number of screenings given to the latest Transformers film - Age of Extinction - in favor of propping-up domestically produced fare. "The main point is that we need to defend and fight for our cultural territory. On the economic aspect we will have to see if we will be forced to surrender."

The language of war is something that Western filmmakers understand. As James Fair has noted in a previous guest post to this blog, it is commonplace for Hollywood filmmakers to describe their work (e.g., shots, takes, etc.) in terms borrowed from the military. But even in that context, Minister Zhang's remarks have a uniquely combative tone.

As part of the price for joining the WTO in 2001, China agreed to transition away from a system of import quotas on foreign products. As part of that transition, in 2012 China agreed to a 5 year deal with the WTO to drop import quotas on foreign films  (currently only 34 non-Chinese films per year are allowed to play on Chinese theatrical screens). So Chinese film production has only a few more years under the old system. After 2017, a tide of non-Chinese product should begin competing on more equal footing for space on China's ever-expanding number of theatrical screens.

Before 2017, while open favoritism is still allowed under the WTO agreements, it's clear that Zhang Hongsen wants to stir up nationalistic pride in filmmaking - while unashamedly keeping a thumb on the scales in favor of local product.

Protectionism of this sort may result in sanctions under the WTO agreements after 2017. But for now, when Zhang Hongsen says "Chinese films are encountering serious challenges, and 2014 is a crucial year to decide who the winner will be," he isn't just spouting rhetoric.

The Chinese don't want to simply be exploited as another market for Hollywood - and Hollywood producers need to understand the way the deck is stacked.