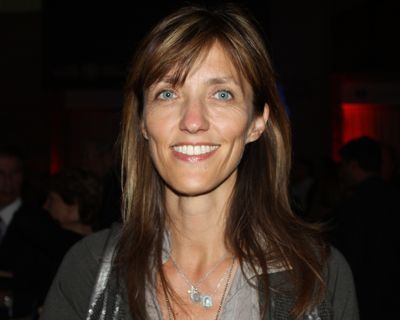 A September 15th, 2013 article in the New York Times (sparked by a talk William Morris Endeavor's Liesl Copland gave this week in Toronto) lifts the veil on Hollywood's dirty little secret: The performance of films across digital platforms (how they are selling online and on VOD, who's buying them, at what price point, etc.) is something the studios have kept secret.

Because filmmakers who don't know how much comparable films have made on digital platforms are less likely to strike good deals for themselves?

In her September 10th, 2013 talk at the Toronto International Film Festival,  Liesl Copland (an agent in WME’s Global Finance & Distribution Group) made a plea for changing the system. That speech apparently inspired the New York Times article. But the need for more disclosure has been apparent in indie film circles for some time. Now that Liesl Copland has spoken out, in a speech The Hollywood Reporter has dubbed "the Festival's Most Buzz-Worthy Talk", perhaps the studios and VOD companies will finally get around to making the necessary changes in how they report VOD and online performance.

The entire text of Liesl Copland's speech is available thanks to indieWire. Here are some key excerpts:

"While we have insight into some of the data [about digital on demand viewing etc.], the reporting hasn't evolved with the rapidly increasing viewership patterns. There is still no uniform reporting system that aggregates all data on, say, a film or documentary across all of the platforms."

"We don't know if more people bought a film at $2.99 vs. $12.99, we don't know if they loved it so much that had to own a digital copy or if they just were happy to stream it. And we don't know if it over-indexed on iTunes like "Conan O'Brien Can't Stop" and "Marley"; or found more of an audience on cable VOD like maybe "Joan Rivers"; or whether it ran a more or less consistent audience, evergreen on Hulu like, say, "Super Size Me.""

"If we could make even the simplest of connections, we could learn things.  But of course, the platforms are learning, and the scariest part of all is that they are learning how much to pay for our content."

"The fact that this data exists and we still can't see it or cross-reference it across different films is truly an oversight whose time has come."

"We can't have any leverage in a market if we don't have access to this information.   Simply stated, the player that controls the information has the upper hand in a deal.  "

"We're missing out on opportunities here. Transparency breeds efficiency - it shows what's working, what isn't. What programs, genres, nights, talent, themes are generating audience interest. Where audiences are, go after they watch, to whom they tweet and post and share."

Isn't it time for a transparent system of reporting a film's performance on digital platforms - much like we have for box office grosses?