Technology or the Arts? What's Wrong With the Binary Thinking That Makes the Arts Seem Like a Luxury in Some Schools and How Game-Based Learning Might Save the Humanities 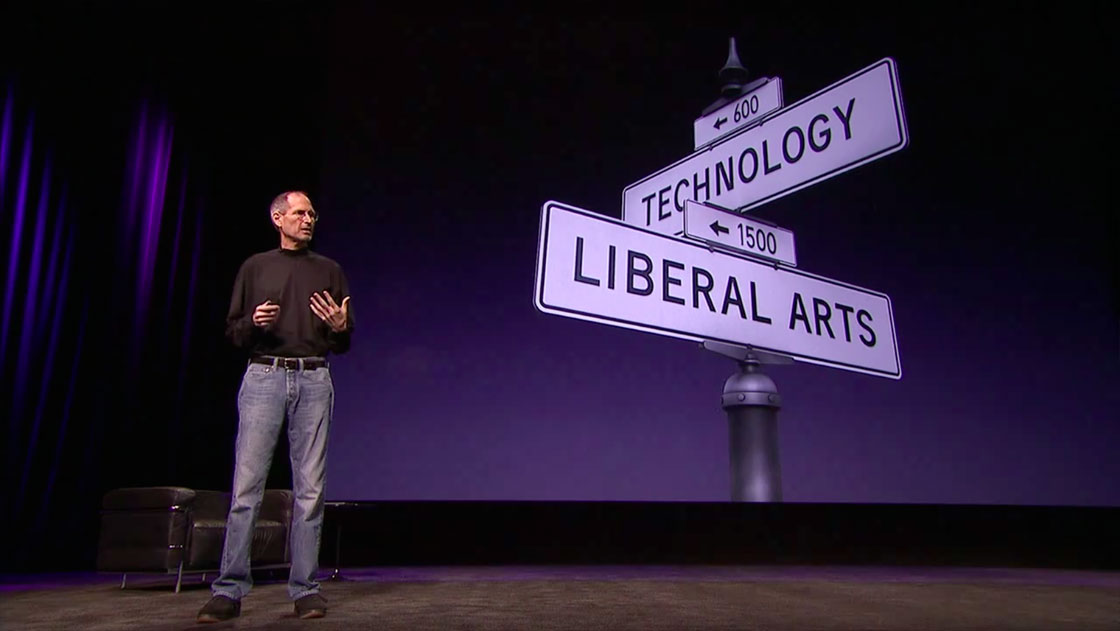 Before he died, Steve Jobs said: “It’s in Apple’s DNA that technology alone is not enough—it’s technology married with liberal arts, married with the humanities, that yields us the result that makes our heart sing, and nowhere is that more true than in these post-PC devices”.

Continuing along those lines, a February 18th, 2013 post to Forbes by Jordan Shapiro looked at the (false?) dichotomy between "what’s technical and what’s aesthetic" - and how video games (which prize non-linear storytelling and interactivity) may hold the promise for teaching students about metaphors and critical thinking in ways that some narrowly-conceived-as-vocational-training STEM curriculums tend to ignore.

"Educational, psychological, and developmental models always tend to mimic the commercial products of their times. In the age of the automobile, for example, Sigmund Freud was preoccupied with “drive” theory. Today, we describe the mind like a computer, distinguishing between nature’s “hard-wired” personality traits and nurture’s software-like programming."

"Unfortunately, we sometimes forget that metaphors have us more than we have them. This is why, at the risk of sounding extreme, I’d like to suggest that the image of the binary digit (bit) has a hold on humanity. In what could be considered an overdependence on metrics and analytics, we’ve come to privilege things can be easily divided, bifurcated, and separated into oppositional categories. Black and white. Right and wrong. Yes and no. Republican and Democrat. The unintentional prejudice of a computational metaphor system that is dependent on just two values–one and zero, on and off–casts a wide cultural influence."

"It seems to me that game design is one way that the arts and humanities continue to manifest. In a world of non-linear communication modes of self-expression take on new forms. The personal essay, the autobiography, and the self-portrait are no longer sufficient by themselves. Intelligent educational models need to consider how to provide meaningful creative and interpretive skills that embrace interactive social technologies. Leaders in so-called “soft” subjects need to see video games as a new narrative genre so that the arts and humanities become the priority in education. After all, it is through the arts and humanities that we get a grip on metaphors and they lose their grip on us. "
Posted by Randy Finch on Monday, August 12, 2013