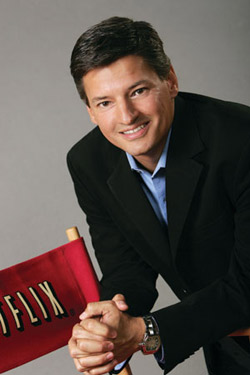 Here's an excerpt that describes how New World data analysis and Old World studio exec calculations (weighing the creative elements' track records + your own gut response to the material) combined into the gamble that became House of Cards:

"Sarandos studied Netflix data to determine how many subscribers watched political dramas such as Aaron Sorkin's "The West Wing" or the BBC's original 1990 "House of Cards." He identified the die-hard fans of the director's films and the series' proposed star, Kevin Spacey.

On the strength of that projected audience, Beau Willimon's script and Fincher's track record, Sarandos walked into the director's West Hollywood offices with a groundbreaking proposition: Netflix would commit to not one but two full seasons at a cost of $100 million.

Other networks had asked to see a pilot from Fincher before considering the series, a prospect the director didn't relish after receiving commitments from Spacey and Robin Wright.

"There were 100 reasons not to do this with Netflix," Sarandos says. "We had to give them one great reason to do it with Netflix."

"When somebody offers you exactly what you're asking for, be smart enough to say 'yes,'" Fincher says."
Posted by Randy Finch on Monday, August 26, 2013