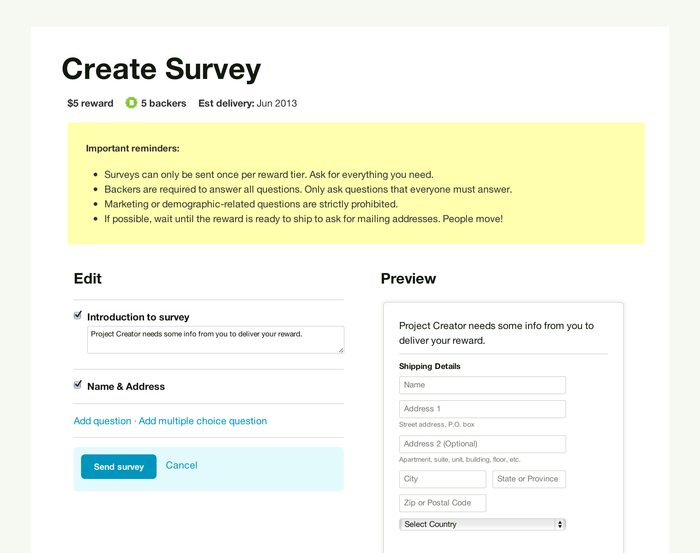 According to this March 11th, 2013 blogpost from Kickstarter, "the [behind-the-scenes Kickstarter] tools that help creators stay on top of their projects and communicate with backers" have been improved.

For example, the "Backer Report is getting a major overhaul, with greatly improved filtering and search functions that make it much easier for creators to organize and drill down into their backers." It also includes a handy check box system for keeping track of which backers have been sent their rewards - and who is still waiting for their package from you.

And the Survey tool, used most frequently when it comes time to send out rewards (e.g., when you need to collect info from your backers so you can mail them stuff), has also been improved.

Finally, the Project Dashboard, the "central hub for live information about a project’s progress and stats" has a new interface, making it easier to see your progress toward your financing goal and where the money is coming from.