Will the Asian Market For Online Education Shape the Future for All Education? 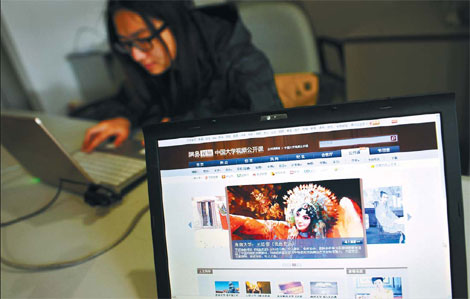 The demand for online education in Asia may be the engine that drives fundamental changes in how students around the world are educated in the 21st Century.

The sheer size of the Chinese and Indian markets - at the beginning of 2011 the Chinese educational system was estimated to include approximately 360 million students and India reportedly had 134 million students under the age of 14 - coupled with an expected revolution in access to the wireless internet throughout Asia, seem destined to make Asian (especially the Chinese and Indian) markets the driving force in educational trends for the rest of the globe.

This revolution in how education will be delivered in the 21st century has already started.

According to an October 2012 report from Ambient Insight, as of 2010 all primary and secondary curriculum was online in China.

The effect of this online K-12 curriculum in China has yet to be fully felt - as access to the internet is still being built out in the PRC. As of 2012 only a fraction of all Chinese students had access to high speed internet. For example, in early 2012 China had almost as many unique IP addresses as the US (92 million in China v. 117 million in the US): But China offered broadband access (>4Mbps) to just 3% of that market as compared to almost 60% for the US market - and high broadband (i.e., >10Mbps - currently available to over 15% of the US market) was essentially non-existent in China. That is about to change... China’s goal is to have their entire K-12 population of over 200 million students online via broadband by 2020.

When all K-12 students have access to online learning, the educational system in China will almost certainly continue to evolve.

And higher ed in China (and elsewhere in Asia) is also rapidly evolving online.

For example, one institution alone in China, ChinaEdu, reports nearly 200,000 students taking degree programs wholly online as of October 2012 - a 27.9% increase over the previous year.

In addition, according to the Chinese Ministry of Education, "up to 100 online open [Chinese university] courses will be offered by the end of the year, and as many as 1,000 courses will be available by the end of 2015... [The commercial partner for these online University courses] NetEase says China's open online courses get 100,000 hits per day. The most popular courses at icourses.edu.cn are: Modern Manners, Guide to Six Ancient Chinese Classic Books and Speech and Eloquence."

And primary, secondary and higher ed are only segments of the entire market for online education in Asia.

For example, at the present time, corporations account for 54% of all spending for self-paced online learning products in Japan.

And training in English seems to be well-positioned to be a significant contributor to the demand for online education in Asia: In September 2011 Rosetta Stone Japan announced that their English Language Learning Products were on track to double in sales from 2010 to 2011 - after tripling in sales from 2009 to 2010.
Posted by Randy Finch on Tuesday, December 18, 2012