Another Angle on MOOCs: Will Massive Open Online Courses Reform and Democratize Education - Or Will They Be Used By Universities and Their Private Equity Partners to Exploit Teachers and Their Digital Assistants in Far-Flung Cubicle Farms? 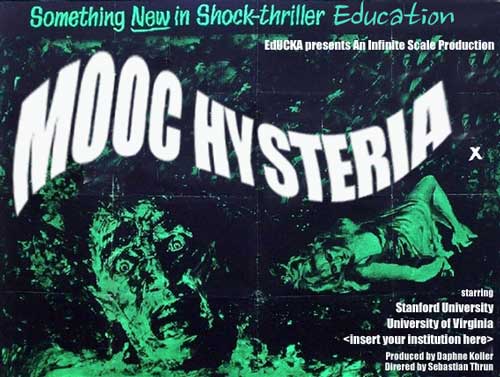 Cognitive neuroscientist Jason Zevin is not buying all the enthusiasm for MOOCs:

In a December 17th, 2012 blogpost Jason Zevin poked holes in the utopian enthusiasm for Massive Open Online Courses: "People who work at Coursera itself get competitive compensation by Silicon Valley standards, and free catered lunch every day. Those people are not doing anything so mundane as actually developing courses and teaching students. They are building the distribution software and growing the market. These are Coursera’s values, not the “content,” which is viewed as a renewable and cheap resource, and certainly not the production of new knowledge, or the preservation of academic freedom."
Posted by Randy Finch on Friday, December 21, 2012